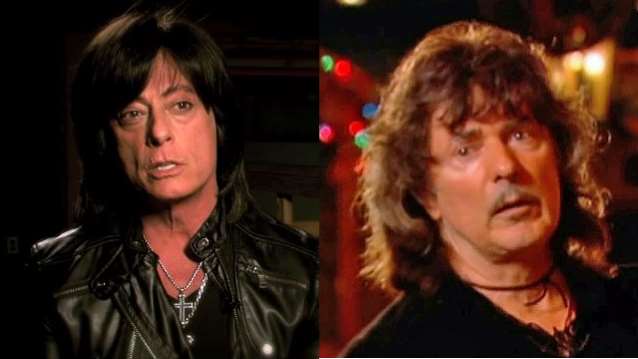 Joe Lynn Turner claims that his long-awaited reunion with RAINBOW leader Ritchie Blackmore will finally take place this year — even though previous attempts to bring the two back together were unsuccessful.

Speaking after his solo show in London last night, the singer told Classic Rock magazine: "[Ritchie is] itching to do some rocking, and we're going to get together in the fall.

As confident as Joe is that Ritchie will finally agree to return to his rock roots, Turner acknowledged that Blackmore, who is known for being moody and unpredictable, could back out at any time.

"It's Ritchie, man," he said. Turner also expressed concern that Blackmore's "wife or mother-in-law" could "get in the way," adding, "She drives me fucking crazy."

Despite this, Turner seems convinced that things will turn out differently this time on the RAINBOW reunion front. "It could happen," he said. "It's probable."