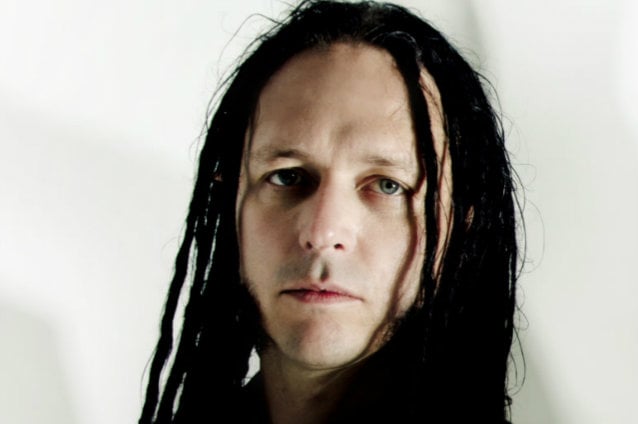 DISTURBED bassist John Moyer spoke to Metal Wani about the band's plan to release a new acoustic record which will include brand new material as well as reworked versions of songs from the group's catalog.

According to Moyer, an acoustic EP now could capitalize on the success DISTURBED has had with its cover of SIMON & GARFUNKEL's "The Sound Of Silence", which has been a massive hit that has introduced the band to new audiences. "With the success of 'The Sound Of Silence', it seems like now is a good time to kind of… We've always talked about it, but now seems like the best time to go down that road and explore it," he said.

Singer David Draiman revealed in February that DISTURBED's acoustic EP will be released before the band begins work on the follow-up to 2015's "Immortalized" album.

Asked if it will take DISTURBED another four years to release its next studio album, Moyer told Metal Wani: "No, no. I'm not really sure what the time [frame] is, but I'm sure it will be less than four years. DISTURBED will be back out with a new record probably by 2019, but who knows? There's no plans to take a hiatus like we did previously."

Moyer also said that DISTURBED's next album will likely contain similar musical elements to the band's first six efforts while dipping into some new territory. "Even the last album had a lot of moments of aggression and melody," he explained. "The band's always gonna have that vibe. I expect DISTURBED to explore new avenues and always push themselves and evolve, but at its core, you're gonna have a band that plays heavy riffs with heavy emotion."

"Immortalized" became DISTURBED's fifth album to enter The Billboard 200 chart at No. 1 — a feat shared only with METALLICA and DAVE MATTHEWS BAND.

ART OF ANARCHY issued its sophomore album, "The Madness", on March 24.