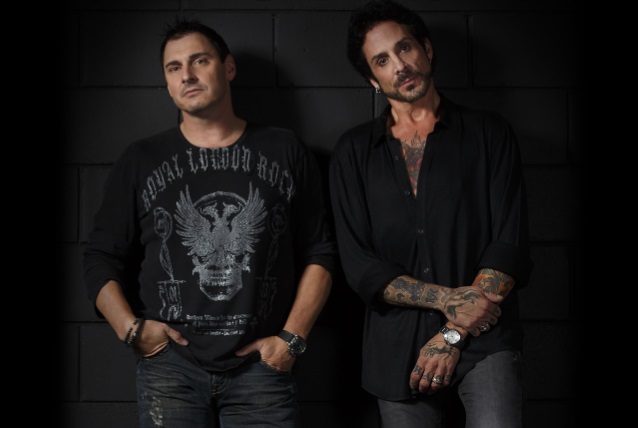 Behind-the-scenes footage from the making of "Set The World On Fire", the debut album from GIOELI - CASTRONOVO, can be seen below. The disc will be released on July 13 via Frontiers Music Srl.

Johnny Gioeli and Deen Castronovo first played together on the debut HARDLINE album, "Double Eclipse", which was released in 1992. 25 years later, the two were reunited in Italy to commence work on "Set The World On Fire".

"It was so great to work with Johnny again," says Castronovo. "I've always loved his voice and it was a pleasure to be a part of this collaboration. It was like we'd never left each other."

"It was like the first day he tried to hold my hand and kiss me in 1992," says Gioeli. "Ha Ha!!! KIDDING! Seriously, I never left Deen. Deen never left me, so reuniting was easy. Counting our blessings were plentiful. Singing together was magical."

Both men have continued on their musical paths since they last saw one another, with Gioeli continuing to lead HARDLINE, while Castronovo spent time with Ozzy Osbourne and had an extended tour of duty with the legendary JOURNEY. Castronovo is currently active with THE DEAD DAISIES and REVOLUTION SAINTS in addition to GIOELI-CASTRONOVO.

Gioeli's vocal talents combined with Deen's superb drumming abilities (and whom is also a fine vocalist in his own right) has made for a stunning album that is driving a driving hard rock record, while also chock full of uplifting melodies and poignant lyrical messages. 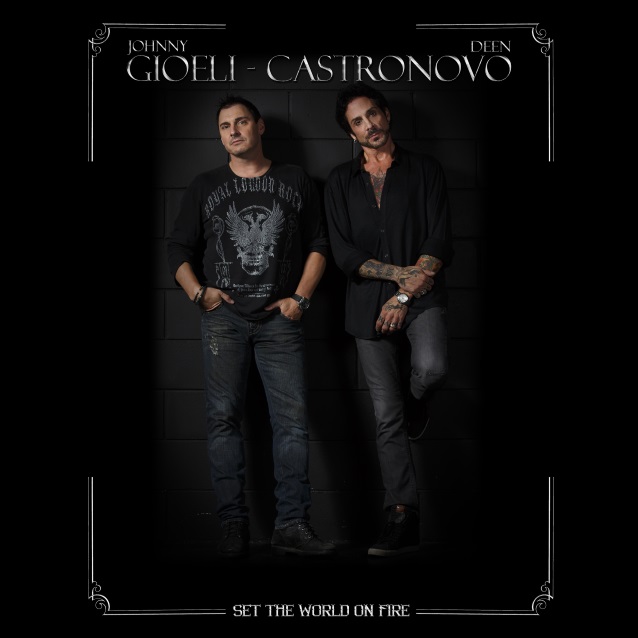