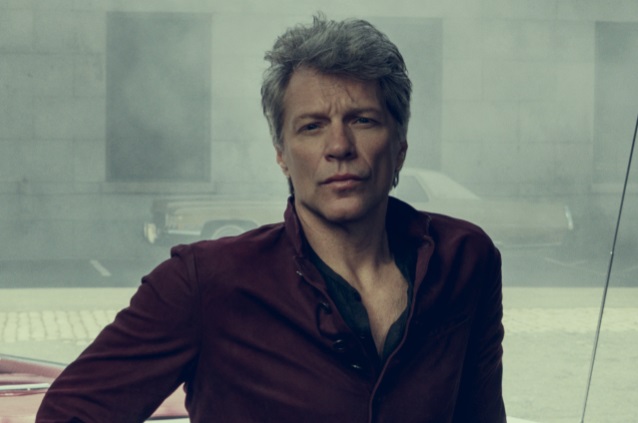 Jon Bon Jovi says that he is "absolutely" willing to reunite with his former BON JOVI bandmates Richie Sambora and Alec John Such at the group's Rock And Roll Hall Of Fame induction next year.

Sambora, who joined BON JOVI in 1983 and co-wrote most of the group's iconic hits over the following three decades, hasn't played with the band since he left the "Because We Can" tour in 2013. Original BON JOVI bassist Alec John Such was fired from the group in 1994, reportedly because of his poor live performances.

Asked by the SiriusXM show "Feedback" if he is "open to a family reunion" at the Rock Hall, Jon said (hear audio below): "Absolutely. I had envisioned for 20 years, if this day had come, to call Alec Such, wherever he is — I gotta put the Bat Signal up in the sky somewhere to find him… But the same invite will absolutely be extended to Richie. I think that everybody who helped me and us get to this place should celebrate the moment. He's absolutely invited to join us onstage with the current guys."

"They are a huge part of us," drummer Tico Torres told Rolling Stone about Sambora and Such. "We'd love it if they played with us."

"The idea is that it's a celebration of what we were and what we are," keyboardist David Bryan added. "You'll see the current lineup and then see the original. It should be a fun night."

Sambora told the "Trunk Nation" show that he would be open to performing with his former bandmates again at the induction ceremony.

Sambora told Billboard that he already knows which songs he would like to play at the Rock Hall.

"'Livin' On A Prayer' would have to be one," he said. "'Prayer' is a song that has lived through the ages. It's one of those songs that means more today than when we wrote it. When you're a songwriter and you hit that note when everybody relates to it, and it becomes a part of humanity, for God's sake. And you know, 'Wanted Dead Or Alive', obviously."

Asked by Billboard if the door is open to his permanent return to BON JOVI, Sambora said: "You never know. It depends on a lot of stuff. Not like we're talking about it. This thing just happened. Obviously, I think we'd do well. You know what I mean?"