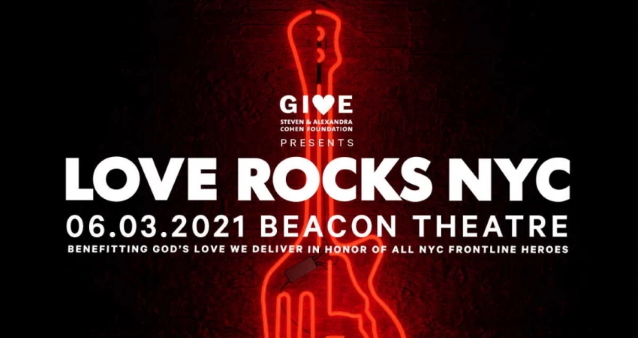 The Steven & Alexandra Cohen Foundation is proud to present the fifth annual "Love Rocks NYC" benefit concert for God's Love We Deliver, which will be shown as a livestream event courtesy of streaming platform Fans.Live from the historic Beacon Theatre in New York City on Thursday, June 3. Executive produced by iconic international fashion designer John Varvatos and prominent benefit concert producers Greg Williamson and Nicole Rechter, the concert to be hosted by Jeff Garlin, Michael Imperioli and Bernie Williams, with special guest Tina Fey, will support and honor the work of the cherished New York-based not-for profit-organization, which is celebrating its 36th anniversary. This year's concert event will also pay tribute to the New York City frontline workers who have played a critical role in supporting the city during the pandemic. God's Love We Deliver, which was founded during the AIDS pandemic in 1985, has been an essential services provider during COVID-19, and its staff and volunteers have worked tirelessly to continue to cook and home-deliver medically tailored meals to its clients living with severe illness, meeting the ever-growing demand for its services.

Fans anywhere can experience this memorable night of music by signing up at loverocksnyc.com to receive a free livestream link, and also help support the organization through the special $20 = 2 Meals suggested donation option on the web site.

Since launching in 2017, the annual "Love Rocks NYC" concerts have brought together an astonishing lineup of musical talent and have helped raise more than $13 million dollars to date and have helped to fund more than 1.3 million meals to New Yorkers in need. The benefit concert highlights the charity's continued success of providing life-sustaining meals and nutrition counseling for people in the New York Metropolitan area living with severe illness. 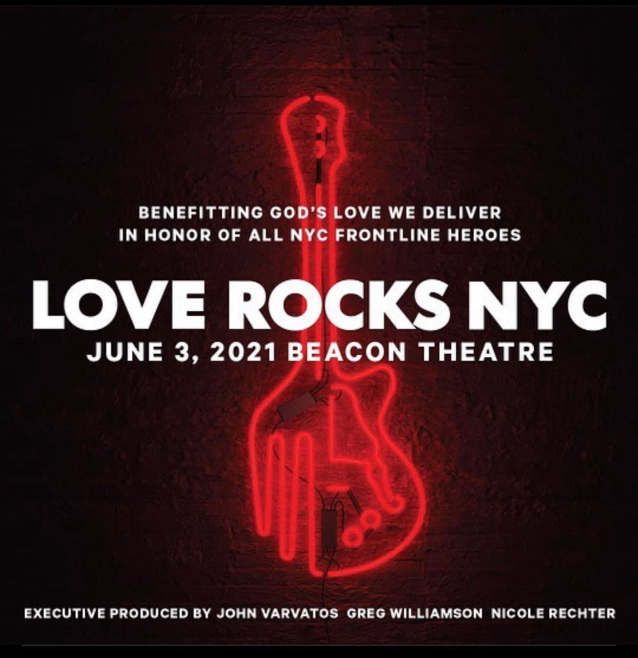