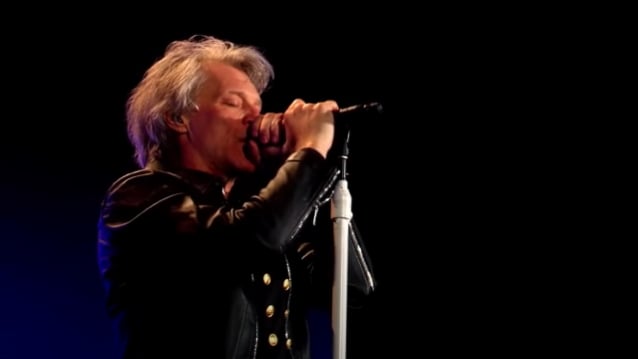 In a new interview with Germany's Rock Antenne, Jon Bon Jovi was asked if there is anything in this career where he would say, "I should have done this differently." He responded (see video below): "Very few things — honest to god, very few things. Some things happened that are the catalyst for why other good things happen. There's not a day that goes by that I don't wish that Richie [Sambora, former BON JOVI guitarist] had his life together and was still in the band. And yet, in a weird way, it's because of his inability to get it together anymore that we went on and wrote 'This House Is Not For Sale'. It was a very strong record, and that I'm able to write songs like this... Maybe we would've gotten lazy... I don't know where we would have gone, but through all that pain and heartbreak came this."

Sambora, who joined BON JOVI in 1983 and co-wrote most of the group's iconic hits over the following three decades, hasn't performed a full show with the band since he left the "Because We Can" tour in 2013. He later said he thought BON JOVI "should have made more strides to become a band" and not turn into "Jon being the front guy and nothing else." Jon, in turn, claimed Sambora's "choices" had "led him astray."