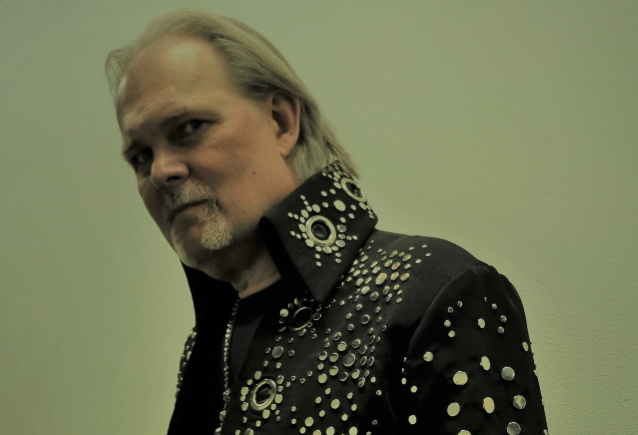 According to NRK, the network responsible for the Norwegian national final and the country's representation in the Eurovision Song Contest, a total of 26 acts will take part in Melodi Grand Prix. Through five preliminary heats and a wildcard round, 12 of them will make it to the big final on February 20.

Jorn is one of four acts who will compete in the first heat on Saturday, January 16. This semi-final features artists competing for only one place in the grand final where they will join the six artists who have already pre-qualified. After the five semi-finals are completed, one more show will announce which of the excluded acts has earned the golden ticket to the grand finale.

At this weekend's Melodi Grand Prix, Jorn will perform his new single "Faith Bloody Faith", a tune that raises the question about why humanity blindly follows a path set for us and why we let ourselves be led to war and conflict by a few misplaced leaders, despite the fact that we all share the same earth and air and could choose to live in better harmony.

In addition to his vast catalogue under the JORN banner, Lande has fronted and participated in many bands and projects, including ARK, MASTERPLAN, AVANTASIA, THE SNAKES, MILLENIUM, AYREON and BRAZEN ABBOT.

Despite Jorn's solid roots in classic rock, he is also a part of the modern music scene, as he in recent years has been working with Riot Games and the world's biggest online game "League Of Legends", giving a voice to the character Karthus of the fictional heavy metal band PENTAKILL.

After Ronnie James Dio's untimely death in 2010, Jorn was approached by BLACK SABBATH founder Tony Iommi to perform, alongside Glenn Hughes, with HEAVEN & HELL at their final concert, which was held in July 2010 at the High Voltage festival in Victoria Park, London, England.