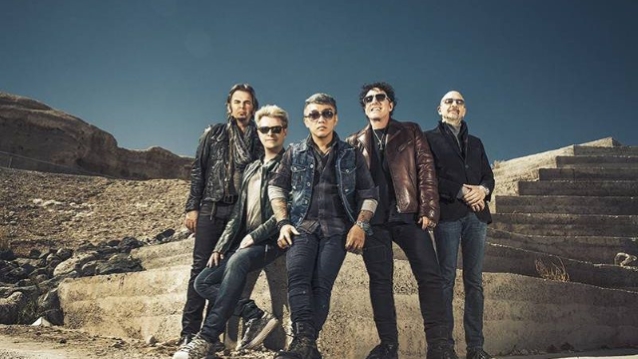 The news of the split was broken in a press release from Los Angeles-based law firm Miller Barondess, LLP, which has filed a lawsuit "to ensure that the band continues on its great success of more than 40 years." According to the lawsuit, Smith and Valory had attempted a "corporate coup d'état" to gain control of one of the band's business entities, Nightmare Productions.

The complaint, filed in California Superior Court, accuses defendants Smith and Valory of sowing discord among the band members by engaging in self-dealing and selfishly putting their interests ahead of the band's. The lawsuit seeks to enjoin a scheme by defendants to possess the rights to the JOURNEY name and be paid without actually performing, and also seeks damages in excess of $10 million. If Smith and Valory had been successful, it would have brought an end to a legendary band that has brought so much joy to millions of people all over the world. Given the circumstances, Schon and Cain "were left with no alternative but to take decisive action for themselves and JOURNEY's fans," the press release states.

JOURNEY, formed in 1973, is one of the most successful rock bands of all time, with ten platinum albums, eighteen Top 40 singles, and over 75 million albums sold worldwide.

Schon, the only remaining founding member, who has played at every performance since the inception of JOURNEY, along with Cain and former lead singer Steve Perry, formed the core of JOURNEY and were responsible for the band's meteoric rise to prominence in the 1980s. Together, they wrote several of the most well-known rock songs in the world — including "Don't Stop Believin", the best-selling digital track from the 20th century, with over seven million copies sold in the United States, and the second most downloaded song of all time.

In 1985, pursuant to a trademark license agreement, Nightmare Productions, Inc., one of the band's corporate entities, provided an exclusive, irrevocable license of the JOURNEY mark to Schon, Cain and Perry. Under the trademark license agreement, the license continues "until the date upon which none of Stephen Perry, Neal Joseph Schon, or Jonathan Cain is actively engaged in a professional music career utilizing the name 'JOURNEY.'"

After Perry left the band in 1997, Schon and Cain continued to perform as JOURNEY.

In 1998, Schon, Cain and Perry entered into a written agreement providing Schon and Cain the sole, exclusive, irrevocable right to control the JOURNEY mark, including the JOURNEY name. They are, therefore, authorized to perform together as JOURNEY, with or without anyone else.

Smith and Valory were members of JOURNEY at various times during the band's history. Collectively, they only have a very few song credits on JOURNEY albums. Nevertheless, they were "compensated generously for many years," the press release claims.

As detailed in the complaint, their campaign culminated on February 13, 2020, when Smith and Valory held improper shareholder and board of directors meetings of Nightmare Productions. During those meetings, the defendants and their allies voted to give Smith and Valory control of the board, removing Cain as president and replacing him with Smith, and removing Schon as secretary and replacing him with Valory.

With control of Nightmare Productions, per the complaint, Smith and Valory incorrectly believe they can seize control of the JOURNEY name and force Schon, Cain and Nightmare Productions to provide them with wind-fall payments after their retirement; they want to be paid a share of JOURNEY touring revenue in perpetuity under the guise of a licensing fee while they perform absolutely no work for the band.

With their actions, Smith and Valory have destroyed the chemistry, cohesion and rapport necessary for the band to play together. JOURNEY can only tour successfully and succeed creatively if it is united and the band members trust one another. The actions taken by Smith and Valory shattered that trust.

With Schon and Cain holding the exclusive license to the JOURNEY mark, including the JOURNEY name, Smith and Valory have absolutely no rights to the JOURNEY mark and cannot perform using the name JOURNEY. But JOURNEY will continue on with Schon, Cain, longtime vocalist Arnel Pineda with a new rhythm section undertaking a sixty-plus-city tour of North America in May. JOURNEY will announce their new bassist and drummer imminently.

Schon and Cain are represented by Skip Miller, Mark A. Barondess and the lawyers at Miller Barondess, LLP in Los Angeles. Per Miller, who is lead counsel: "This is not an action that Neal and Jon wanted to bring against two men that they once considered their brothers, but the devious and truculent behavior of Steve and Ross left them reluctantly with no choice but to act decisively. JOURNEY will continue on with great success by ridding the band of disruptive members and replacing them with top musicians; and most importantly, by keeping its essential members — Schon, Cain and Pineda — fully intact."

Journey Complaint by BayAreaNewsGroup on Scribd