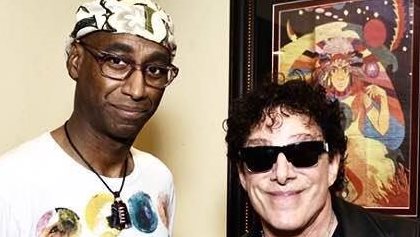 Chad Tyson of the 98.7 The Gater radio station in West Palm Beach, Florida conducted an interview with JOURNEY guitarist Neal Schon. You can now listen to the chat below.

Speaking about JOURNEY's June 20 performance at the opening of the 2015 Hollywood Bowl season with Thomas Wilkins and the Hollywood Bowl Orchestra, which marked drummer Omar Hakim's first appearance with the band, Schon said: "I don't think we would have had to rehearse that much, but I had to replace our drummer [Deen Castronovo] at the last minute. [Omar] hit the ground running and then some. You know, I can't believe that he played as well as he did, because he didn't really know the material, and he had to count everything off for the orchestra. I mean, he is one unbelievable musician. That's all I can say. I'm really glad that I chose him and had him come in, because it just came off. And that was his first show and there was a lot of pressure, because, you know, all the orchestration was written around live versions that we did of the songs that were not album versions. And so I couldn't go to him, 'Well, just listen to the album, and that's what it is.' No. There's all these different endings and added bits and pieces that the orchestra wrote… When the writer, Sean, came in and wrote everything for the orchestra, he did it to some live recordings that we just recorded while we were in Vegas for the nine shows."

JOURNEY made the decision to have Hakim play drums for the band's currently scheduled U.S. concerts (Hollywood Bowl and the Stadium of Fire in Provo, Utah on Saturday, July 4),as well as the band's Canadian tour (July 6 - August 3),due to Castronovo's pending issues.

According to TMZ.com, Castronovo was arrested for assault after a domestic dispute on June 14.

Salem, Oregon police officers were called to a residence — believed to be Castronovo's — around 9:00 a.m. After entering the home, the cops arrested the musician without incident.

Castronovo was booked for assault, coercion, and menacing. He has since been released on bail.

Castronovo was previously arrested in January 2012 for allegedly assaulting his former girlfriend. He was subsequently ordered to perform 80 hours of community service and attend anger-management classes as part of a plea deal. 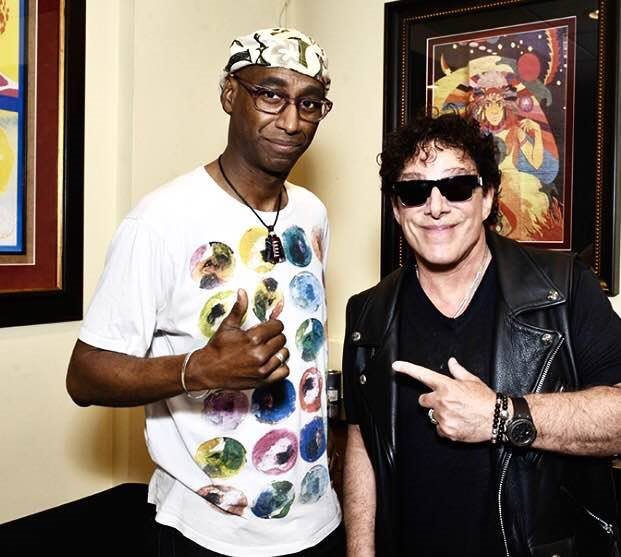