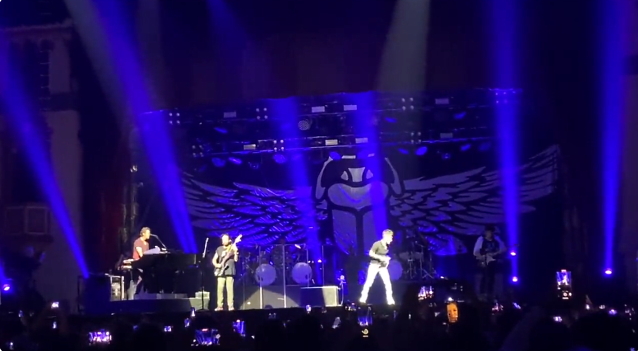 JOURNEY made its return to the live stage last night (Thursday, July 29) during a special "aftershow" at Chicago's Aragon Ballroom. The concert took place just two days before JOURNEY's appearance Saturday night at Lollapalooza on the Bud Light Seltzer stage at Grant Park in Chicago.

JOURNEY's lineup for the Aragon show included the return of drummer Deen Castronovo, who shared the drum duties in the band with Narada Michael Walden. Walden, bassist Randy Jackson and keyboardist/backing singer Jason Derlatka all joined JOURNEY last year following the band's acrimonious split with drummer Steve Smith and bassist Ross Valory. Jackson — who previously played with JOURNEY during the mid-1980s — was forced to miss the Aragon gig because he is scheduled to undergo back surgery. Filling in for him was Marco Mendoza, who previously played several shows in 2019 with Castronovo and JOURNEY guitarist Neal Schon under the "Neal Schon's Journey Through Time" banner.

Just returned from a Journey concert at the Aragon in Chicago (for those not from here). Great 2 sets with about 2500 in attendance. Music was great and masks were on about 10 people. “Don’t Stop Believin.” pic.twitter.com/qj6C2KTAQj

Jason Derlatka singing “Suzanne” at the Aragon Ballrom in Chicago was outstanding. Highlight of my night hearing that song at the Journey show @JourneyOfficialpic.twitter.com/HkyusjhacC 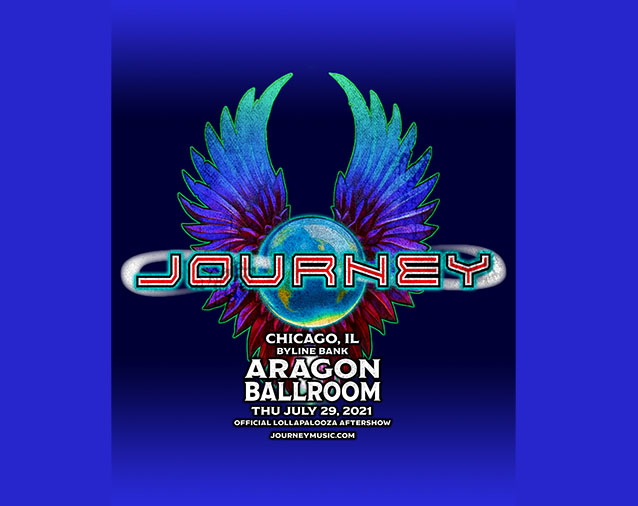