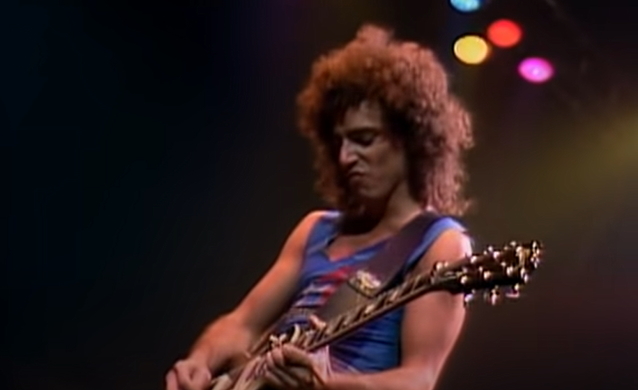 JOURNEY's 'Escape' Certified Diamond In U.S. For Sales In Excess Of 10 Million

JOURNEY's seventh studio album, "Escape", has been certified diamond by the RIAA, which denotes the album has sold over 10 million equivalent units. "Escape", released in 1981, will celebrate its 40th anniversary on July 17, and spawned the hits "Open Arms", "Who's Crying Now", "Stone In Love" and "Don't Stop Believin'", which has over a billion streams on Spotify alone. JOURNEY's "Greatest Hits" has previously been certified diamond.

JOURNEY guitarist Neal Schon says of the certification: "This is such a truly gratifying achievement for all the work we did together. Congratulations to all." Keyboardist Jonathan Cain adds: "On behalf of all that helped to make our album 'Escape' a diamond award achievement, we say thank you. To our fans, to our bandmates who took part in recording this album, to our label, to all in radio and finally to the distributors who believed in this music, we are deeply humbled and honored to accept this prestigious award."

Recently, JOURNEY shared its new song "The Way We Used To Be". The song is the band's first new music since 2011's album "Eclipse". It was accompanied by a music video, directed and produced by Andrew Seth Cohen and Ryan Kieffer, with animation produced by Confidential Creative.

JOURNEY has confirmed a number of new tour dates, including shows in Atlantic City and Grantville, as well as their performance at the Tunnel To Towers Foundation's "Never Forget" concert, a night of live music to honor and commemorate the 20th anniversary of 9/11, at the Northwell Health at Jones Beach Theater on Saturday, August 21. Additionally, the band will headline Lollapalooza at Chicago's Grant Park on Saturday, July 31. The band has also confirmed "An Evening With Journey: Official Lollapalooza Aftershow" at the Aragon Ballroom on Thursday, July 29. On Friday, September 18, the band will be performing at the iHeartRadio Music Festival at T-Mobile Arena in Las Vegas, Nevada. More live shows will be announced in the coming weeks.

JOURNEY was founded in 1972 by original member Neal Schon, and is one of the most famous and beloved American rock bands of all time, having written some of the best-known songs in the modern musical canon. Since the group's formation, the band has earned 19 top 40 singles, 25 gold and platinum albums, and has sold nearly 100 million albums globally. Their "Greatest Hits" album is certified 15 times platinum, and their song "Don't Stop Believin'" has been streamed over one billion times alone. The band has undergone many changes since 1972, and with the recent release of the single "The Way We Used To Be" move into a new chapter with a lineup comprised of Neal Schon (lead guitar, backing vocals),Jonathan Cain (keyboards, backing vocals),Arnel Pineda (lead vocals),Randy Jackson (bass),Narada Michael Walden (drums) and Jason Derlatka (keyboards). The band will announce new music soon.

JOURNEY was inducted into the Rock And Roll Hall Of Fame in 2017, and 2018's co-headlining tour with DEF LEPPARD was the band's most successful tour to date, landing them in the Top 10 year-end touring chart with more than one million tickets sold, and earning them the prestigious Billboard "Legends Of Live" touring award. March 2019 saw the release of "Escape & Frontiers Live In Japan", a live DVD/CD set from their concert at the Budokan in Tokyo featuring the band's first-ever performances of the albums "Escape" and "Frontiers" in their entirety. JOURNEY has also received a star on the Hollywood Walk Of Fame, and was inducted into the Hollywood Bowl Hall Of Fame. Additionally, the band is the subject of the award-winning documentary, "Don't Stop Believin': Everyman's Journey", about the band's resurgence upon adding Arnel Pineda as lead singer after Schon discovered the Philippines native on Youtube. 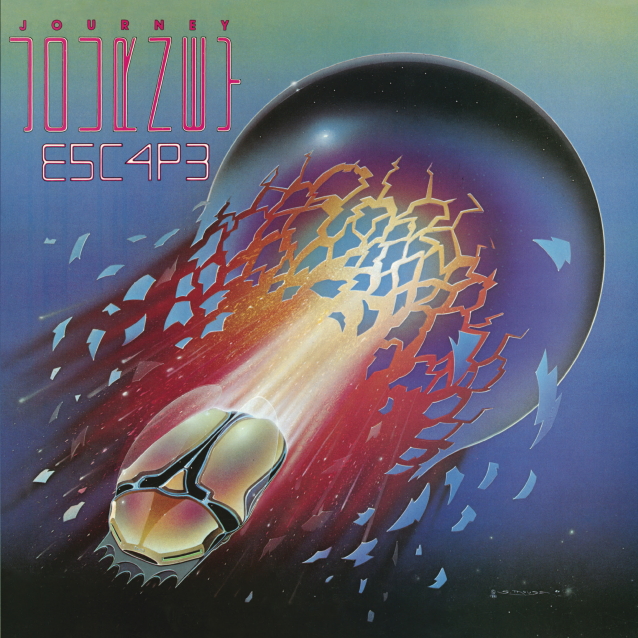