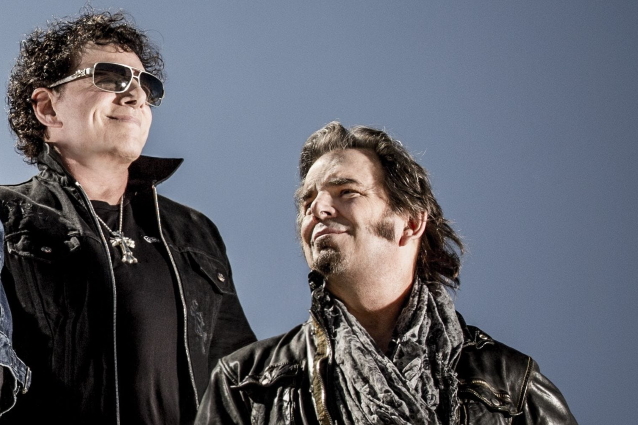 JOURNEY's Jonathan Cain, Steve Perry and Neal Schon are among the nominated artists for next year's Songwriters Hall Of Fame.

The 51st annual Induction & Awards Gala will be held on June 11 in New York City.

The Songwriters Hall Of Fame is dedicated to recognizing the work and lives of those composers and lyricists who create music around the world. A songwriter with a notable catalog of songs qualifies for induction 20 years after the first significant commercial release of a song. Eligible voting members will have until midnight on December 16, 2019 to turn in ballots with their choices of three nominees from a songwriter and three from a performing songwriter category.

They're on and running!
Announcing the list of 2020 Songwriters Hall of Fame Nominees! #SHOF2020https://t.co/3qeJstyCr7pic.twitter.com/dmAog3CKbD