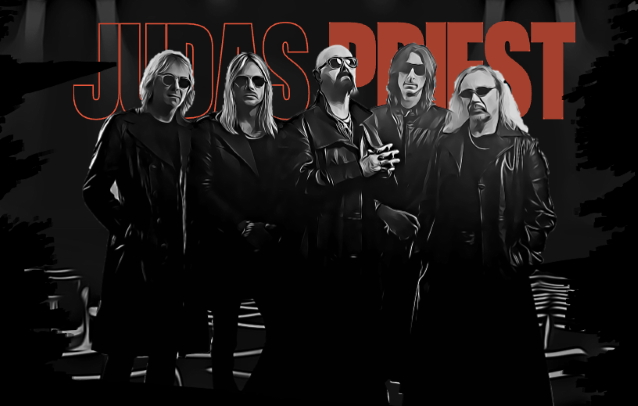 According to PRIEST, Judas Priest's Guide To Heavy Metal "aims to put JUDAS PRIEST's story and, of course, their music in front of a new audience, who may already be fans of the genre, but want to explore and widen their discovery further, with the chance to delve into albums, playlists and gain a deeper understanding into the wider impact the band had across fashion, culture and more, because, after all, metal isn't just about the music, it's a way of life!"

Bassist Ian Hill is the sole remaining original member of PRIEST, which formed in 1969. Singer Rob Halford joined the group in 1973 and guitarist Glenn Tipton signed on in 1974. Rob left PRIEST in the early 1990s to form his own band, then came back to PRIEST in 2003. Founding guitarist K.K. Downing parted ways with the band in 2011, and was replaced by Richie Faulkner.

PRIEST and Rufus Publications recently published the first-ever official book documenting the band's extensive history over the last 50 years. Titled "Judas Priest - 50 Heavy Metal Years", the book has been put together by David Silver, Ross Halfin and Jayne Andrews. This huge, 648-page coffee table book chronicles the history of the world’s foremost heavy metal band using hundreds of previously unseen, unpublished photographs from rock's greatest photographers including Halfin, Neil Zlozower, Mark Weiss, Fin Costello, Oliver Halfin and many more. With a linking text by renowned journalist Mark Blake, the book explores the bands exciting history on stage and off in a unique photo documentary designed to excite fans and devotees of true heavy metal the world over. Current bandmembers have all contributed to the book, with written pieces detailing their love and passion for the band, making this an extraordinary artefact for their legions of followers. The book features an exclusive cover by Mark Wilkinson, who has worked with the band for many years now.