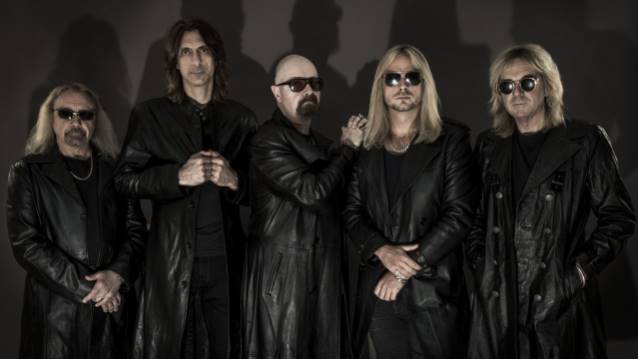 British heavy metal legends JUDAS PRIEST will release their new studio album, "Firepower", in early 2018. The band will support the disc's release with a North American tour, which will kick off on March 13 in Pennsylvania, and wrap up on May 1 in Texas.

All dates will be running a "JUDAS PRIEST fan presale" starting Wednesday, October 25 at 10:00 a.m local time with the password "FIREPOWER" that fans can use to purchase tickets in advance.

During an October 5 appearance on the "Trunk Nation" show on SiriusXM channel Volume, singer Rob Halford stated about the progress of the recording sessions for PRIEST's new disc: "We're almost done. We're in that final hurdle before we get to the finishing line. It is sounding monumental. It's gonna blow your socks off. We're thrilled. We've got this big metal monster looming in the background, about to drop early next year, with a world tour to coincide."

Asked what it has been like collaborating again with Allom, who produced every PRIEST release from "Unleashed In The East" (1979) through "Ram It Down" (1988),along with several live records since then, Halford said: "Brilliant. Absolutely fantastic. Tom has a rich history with PRIEST, particularly those great moments with 'Screaming For Vengeance', 'Defenders Of The Faith' [and] 'British Steel'. My God — he's the man in that respect. So I thought it was really great for Andy Sneap and Mike Exeter to accept that this was gonna be like a three-man job, with Andy mostly holding the reins, but with Tom by his side and Mike there [as well].

"It's an unusual way to make this kind of record for PRIEST, because it's generally the producer and the band," Halford admitted. "We just had so much faith in Andy and in Tom and Mike that we said, 'Guys, you go for it. You tell us what to do.' And if Andy Sneap said, 'Do another take, Rob. Do another take, Rob. Do another take, Rob. '… I've never sung so much in the studio behind a mic in all my life. But he got the results that we needed, and I think I can say the same for Glenn [Tipton, guitar] and for Richie [Faulkner, guitar] and for Scott [Travis, drums] and for Ian [Hill, bass]. So he got something out of us — they all did — but they got something out of us truly remarkable, and you're gonna be hearing it very soon."

Sneap, who plays guitar in the reactivated British occult metal act HELL, recently told Serbia's Hardwired magazine that PRIEST had "about twenty-six ideas" in the early stage of the production process for the new album. "We've whittled [that] down to fourteen or fifteen," he said, adding that "we haven't decided on which songs [will make the final cut] or a running order for the album yet."

Andy went on to say that PRIEST's new album will contain "a really good energy and some real classic moments." He said "Rob did great" during the album's final recording sessions. "I'll tell you what: for someone who's got that much experience, there's no ego there at all," he said. "We'd do, like, six or seven passes, and I'd ask him to try something a bit [different] on this part, and he was, like, 'No problem.' And he'd give me another four takes with a slightly different vibe. And then me and Tom Allom would sit there and we'd comp it, and we pretty much agreed on everything."

PRIEST was nominated for induction into the 2018 Rock And Roll Hall Of Fame, part of a list of nineteen potential candidates.

Inductees into the 2018 Rock Hall will be voted on by a group of more than nine hundred artists, historians and music-industry professionals.

The 2018 inductees will be announced in December and the induction ceremony will be held at Cleveland's Public Auditorium on April 14, 2018. 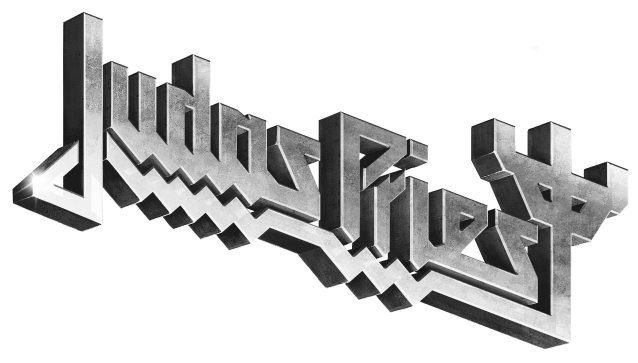