The official trailer for "Judas Priest - 50 Heavy Metal Years" is available below.

Rufus Publications is making four editions of the book available, including an edition designed to raise money for the Glenn Tipton Parkinson's Foundation and a giant 410mm square edition supplied in a beautiful black metal slipcase. The book will ship in early December in time for Christmas.

"Judas Priest - 50 Heavy Metal Years" can be exclusively pre-ordered at www.rufuspublications.com. Special priced bundle editions will also be available to pre-order and a 10% pre-order discount can be used at the online checkout with the code PRIEST50. 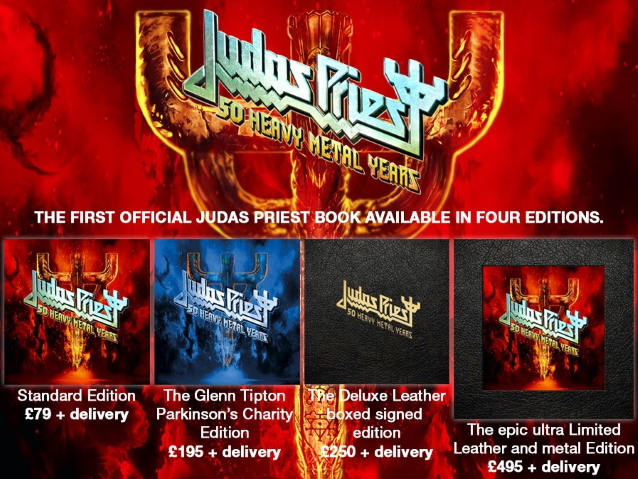