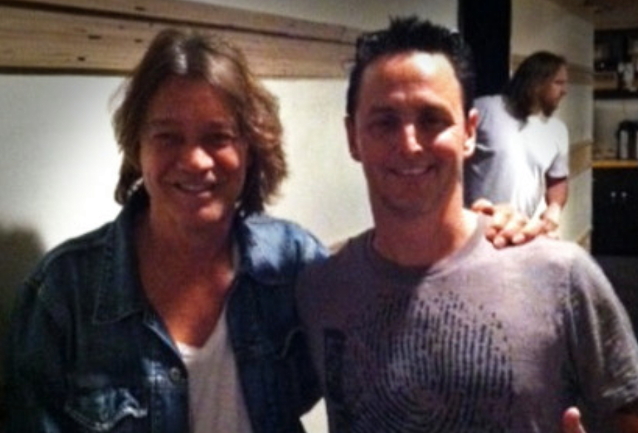 PEARL JAM guitarist Mike McCready has paid tribute to Eddie Van Halen, who passed away on Tuesday (October 6) at the age of 65. The legendary VAN HALEN guitarist died at St. John's Hospital in Santa Monica, California. His wife, Janie, was by his side, along with his son, Wolfgang, and Alex, Eddie's brother and VAN HALEN drummer.

"I saw them on the VH2, Women and Children First, Fair Warning, and Diver Down tours. Also when they came back with Dave [Lee Roth].

"I started playing guitar about a year after Van Halen I came out. It sounded like Eddie was from another planet and the energy from VAN HALEN was undeniable. Amazing songs too. Romeo Delight, On Fire, Unchained, Mean Street, DOA, Light up The Sky, Ain't Talkin' bout Love, Eruption, Atomic Punk, Everybody wants some, on and on I can go...

"Tim Dijulio and I would skip school and wait in line all day for VAN HALEN back in the day.

"Eddie was like Mozart for guitar. Changed everything and he played with Soul.

The guitarist was diagnosed with mouth cancer in 2000 and had tongue surgery. He was later diagnosed with throat cancer and reportedly had been receiving radiation treatment in Germany.