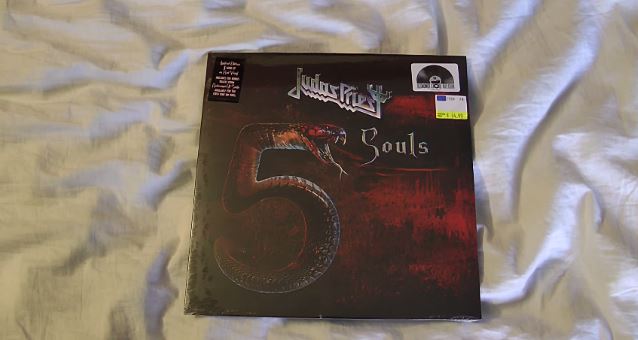 A five-minute video overview of the release, courtesy of Vinyl-Blog.com, can be seen below.

Regarding why there are five "bonus" tracks that are included on the deluxe version of "Redeemer Of Souls" and do not appear on the CD's regular version, guitarist Glenn Tipton told VH1.com: "They are all great songs. The reason they are not on the album is because the 13 that we chose are very consistent with what we wanted to do, which was release an undisputable heavy metal album. The others, they are not lightweight by any chance, but they've got a different feel, a different texture. So it's not a case of trying to rip the kids off and trying to get more money for an extra album, it's just a case of, these five tracks seem to deserve to go on their own CD, and that's what we did."

Added singer Rob Halford: "We didn't want to drop the energy. From the opening thunder-and-lightning on 'Dragonaut' right up 'till the end of 'Battle Cry', it's just full-on, it's relentless. It's great."