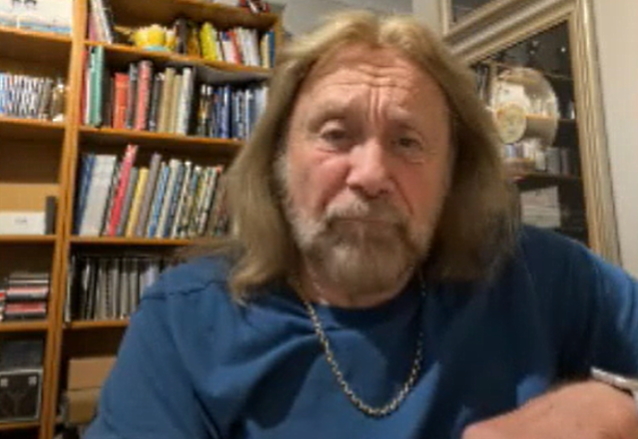 JUDAS PRIEST bassist Ian Hill says that he and his bandmates are "honored" to finally be getting inducted into the Rock And Roll Hall Of Fame.

In a new interview with Darren Paltrowitz, host of the "Paltrocast With Darren Paltrowitz", Hill stated about the nod: "These things come and go. You get excited for a while, and then you get let down on so many occasions, you think, 'Oh, forget it.' And you don't lose any sleep. Just from a vulgar commercial point of view, it doesn't really do you any good; it's not gonna earn you any money. But, yeah, it's great to be recognized by your peers. It's a different sort of thing — isn't it? — from your fans, to be recognized by the people who also do it. Yeah, we're honored to be part of it."

The induction ceremony will be held on November 5 at the Microsoft Theater in Los Angeles. It will air at a later date on HBO and stream on HBO Max. There will also be a radio simulcast on SiriusXM's Rock & Roll Hall Of Fame Radio channel 310.

According to the Hall Of Fame, the JUDAS PRIEST members that will get inducted include current members Hill, Rob Halford (vocals),Glenn Tipton (guitar) and Scott Travis (drums),along with former members K.K. Downing (guitar),Les Binks (drums) and late drummer Dave Holland.

Regarding how much discussion there has been about who exactly in PRIEST is being inducted, Hill told Metal Hammer: "The rule, as I understand it, is whoever has been with the band for 20 years. Richie [Faulkner, guitar] is sadly not being inducted, but really deserves to be, as he's been the driving force in the band for nearly 12 years now. Dave Holland [drummer 1979-1989] was in the band for a long time and obviously Ken [K.K. Downing] will be there. Les Binks was with us all those years, as was Scott, so he'll be part of the induction too."

Asked if he has spoken directly to Downing since the Rock Hall announcement, Hill said: "He's spoken to management and said he will definitely be there. It should be good."