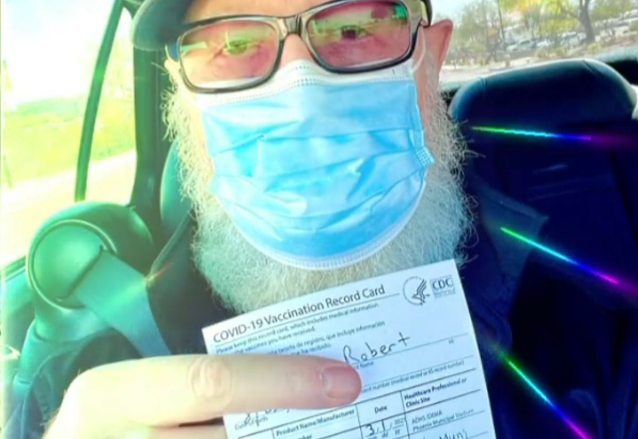 On Monday (March 22),the 69-year-old singer, who lives in Phoenix, Arizona, took to his social media to share a photo of him holding his "Vaccination Record Card" while sitting in his car, and he wrote in an accompanying message: "'done' #heavymetal #ink #tattoo #metal #motivation #boost #selfcare #maniacs #staypositive #community #defender #you #me #us #love #family #friends #fans #one #world #peace #respect #all".

A recent poll from the Pew Research Center showed that more than two-thirds of U.S. adults plan on getting the COVID-19 vaccine.

The poll, released earlier in the month, found that 69 percent of adults say they are going to receive the coronavirus vaccine.