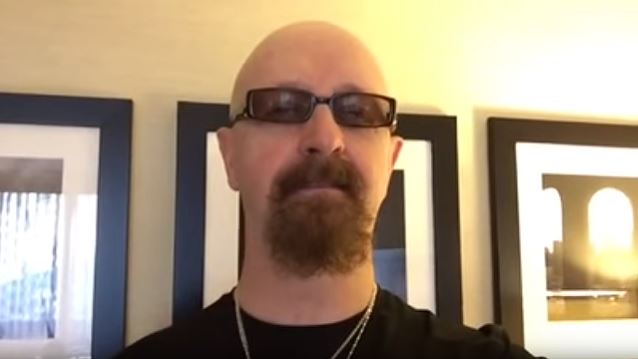 Indiepower TV recently conducted an interview with JUDAS PRIEST singer Rob Halford. You can now listen to the chat in the YouTube clip below.

Asked what America means to him and why he has chosen to make it one of his main homes for the past couple of decades, Halford responded: "Well, it still has a… Just the basic principles of what makes America work for me are very strong in my heart. It's like no other nation in the world."

He continued: "You know, they talk about the American Dream. I still believe in that. I still believe that this is a great country, where great things can happen, where anybody can become president of the United States. Just that simple statement there defines so much about the whole business of liberty and freedom and the pursuit of happiness. Mixed up with all the turbulence that that brings with it, whether it's the current political climate, which is really rocking and rolling right now… The issues that affect people like myself as a gay man, with seeking equality for everybody. All of those things rolled into one."

Halford added: "When I hear [U.S. national anthem] 'The Star-Spangled Banner', I get choked up, because that's what this country means to me. It's the most beautiful place. And yeah, I'm a Brit, but I spend a lot of my time in America. This nation just really speaks to me as a human being."