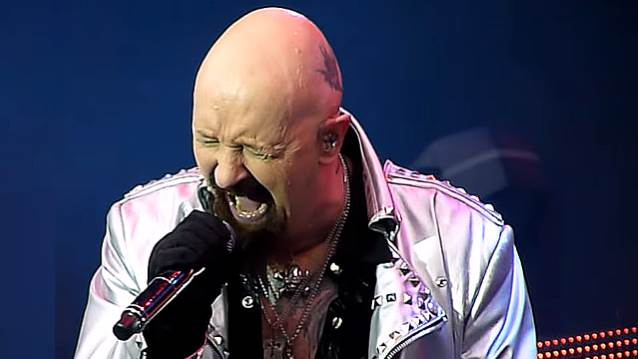 JUDAS PRIEST singer Rob Halford told Newsday.com that he is interested in recording a blues album and pursuing other non-heavy metal projects because he wants to find out what his voice can do. He said: "I've always felt that [the blues is] very much a part of my background and musical roots. I don't know what kind of blues album I could do because there are so many different facets [to explore]. Maybe I'll just mix it up. As far as stuff out of the metal world, I'm a fan of people like Michael Bublé and Michael Feinstein. I've always been a fan of Sinatra and Tony Bennett and Elvis. I'd love to hear what my voice would sound like in that kind of musical mix, with wind instruments, trumpets and sax, piano, just that big-band sound."

Halford credited his vocal versatility and ability to take his voice in "different directions" as the main reason he is "so interested in trying these other opportunities." He said: I think if I had a voice that was different to what it is and was a little more in one focus, maybe I wouldn't be as adventurous about my ideas. But because my voice is able to do those different things, it's instinctive and natural to see what else I can do."

Rob previously stated about his interest in making a blues record: "When I first became a musician in my late teens, I started to hear the extraordinary roots of the blues — Bessie Smith, Little Walter, Howling Wolf, Muddy Waters. They gave me the buzz… It's something I want to do because I want to explore what my voice can do in that wonderful world. That's how I learned to do a lot of that soaring, sweeping, and screeching. And also I discovered that I've got a voice that can go in different octaves, directions, and different kinds of projections. It's a combination of a sense of adventure and just being inspired by those guys, those wonderful singers. It's a mixture of everything but mainly a discovery of what the voice can do."