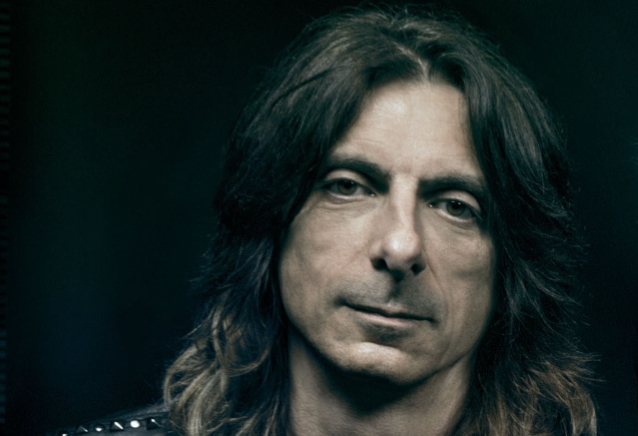 In a new interview with Kirby Ray of the Cape Girardeau, Missouri radio station Real Rock 99.3, JUDAS PRIEST drummer Scott Travis spoke about what fans can expect from the band's first pandemic-era tour, the rescheduled "50 Heavy Metal Years" North American trek, which will kick off on September 8 in Reading, Pennsylvania and conclude on November 5 in Hamilton, Ontario, Canada.

"We have a whole new set designed and the production — meaning the lights and the video screens behind the band, the actual stage set," Scott said (as transcribed by BLABBERMOUTH.NET). "We have some props we've never used before that are gonna make appearances throughout the show. And so all of that is new, as you have to do with every tour — you have to just come up with all new stuff. It's almost like a wardrobe; you can't wear the same thing twice. So, that's all new. And because JUDAS PRIEST have a 50-year catalog, it's a blessing and it's a curse in the sense that you've got a 50-year catalog, if you will, to choose from, but at the same time you can't do everything. So we are gonna pull out some new old songs — songs that JUDAS PRIEST recorded way back when and either never had played live or if they did play it live, it was literally 40, 45 years ago. So we're doing some of that again. And then playing some newer new songs, if that makes sense. In other words, something off maybe 'Painkiller' we haven't done in a while or 'Firepower' that we haven't done. And an amalgamation of that, along with some classics, and you've got a new JUDAS PRIEST set."