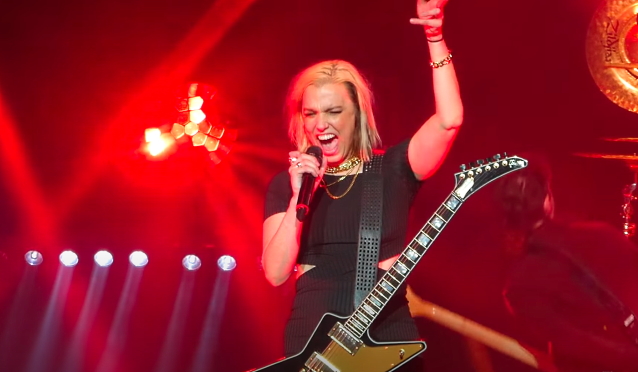 HALESTORM played its new single, "Back From The Dead", live for the first time this past Tuesday (August 31) at the 2021 Great New York State Fair as part of the Chevrolet Music Festival in Syracuse. New York. Fan-filmed video footage of the performance can be seen below.

HALESTORM is playing a series of headline dates and a set at Rocklahoma prior to a co-headline run with EVANESCENCE beginning November 5 in Portland, Oregon, running through December 18 in Worcester, Massachusetts.

"Back From The Dead" is taken from HALESTORM's upcoming fifth full-length album, due in 2022. The video for "Back From The Dead", directed by Dustin Haney (Noah Cyrus, Luke Combs) and produced by Revolution Pictures, features frontwoman Lzzy Hale and the rest of the band in a morgue and cemetery somewhere between life and death.

"This song is personal and written from a mental health perspective," Hale said in a statement. "I wanted to give myself and the world a hard rock song we could shout out loud as the gates opened again. I was on the edge of this world getting completely lost in oblivion, but even though it was the harder of two choices, I didn't just let the darkness and depression in my mind dig me an early grave. I didn't just sit and let it take me…. I hope this song, as I pass it on to you, reminds YOU of your strength individually and that you are not alone."

HALESTORM's new music is once again being produced by Nick Raskulinecz, who first helmed the band's 2017 effort "ReAniMate 3.0: The CoVeRs eP" and was previously described by Hale as the group's "fifth member."

HALESTORM's latest EP release was last year's "Halestorm Reimagined", a collection of the band's reworked original songs as well as a cover of "I Will Always Love You", the love ballad made famous by Whitney Houston and Dolly Parton.

Lzzy and her brother Arejay formed the band in 1998 while in middle school. Hottinger joined the group in 2003, followed by bassist Josh Smith in 2004. 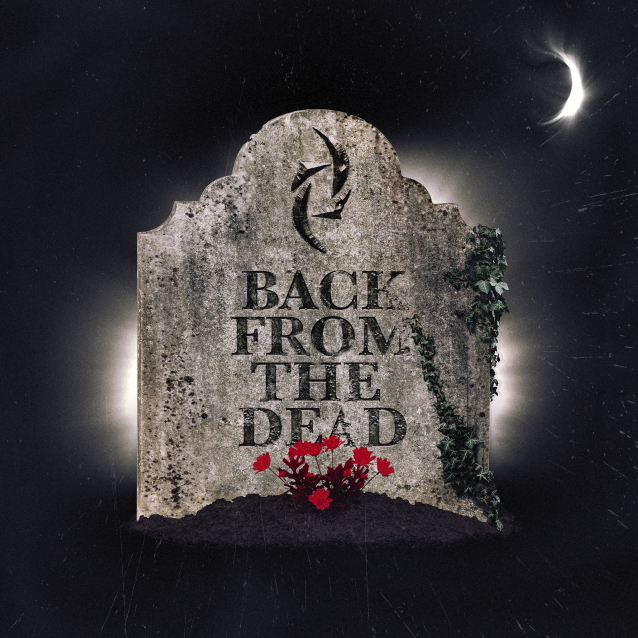