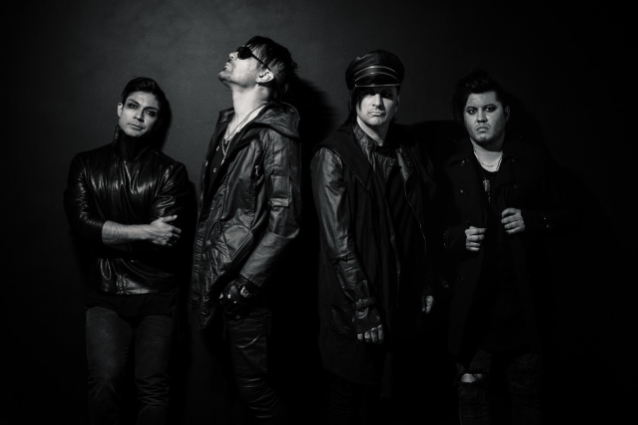 Shuck commented: "[Elias and I] reconnected after years apart at Chester's [Bennington] funeral. I had just given a eulogy, and afterwards Elias just came and hugged me. We literally hugged each other and cried HARD for about 10 minutes. No words. Nothing. Then we continued to deal with the tragedy in our own ways, but continued talking months after. In late 2019, we met again at a KORN concert in San Diego where Elias was hanging with our old friend Head [Brian Welch] and we just said to one another, 'Brother, I miss playing with you!'"

Months later, current JULIEN-K drummer Alex Gonzalas found himself with multiple conflicted obligations, with BY AN ION (Gonzalas's solo project) blowing up on its own. Gonzalas suggested to Shuck that he reach out to Rodriguez, and that it would be "amazing for fans, and an amazing live performance for JULIEN-K." Shuck agreed and Elias was quickly reintegrated into the band.

JULIEN-K's new album, "Harmonic Disruptor", will be released in early April through TLG/INgrooves. Shuck has mentioned that this album "is sharply focused on the death of our best friend and brother, Chester Bennington," and that it is a "scream of consciousness" where Shuck had a platform to try to deal with Chester's loss.

The "Harmonic Disruptor" title track was released as a single on January 24. The second single, "Shut Down Your Soul", dropped on February 28 and the third single, "Stronger Without You", will arrive on March 20.

Derakh, Shuck and Anthony "Fu" Valcic have been musical collaborators for 20 years. During their time together, they have weaved in and out of mainstream music like a constantly evolving musical fashion house. In the late '90s to mid-2000s, they were responsible for massive radio and sales hits such as "Blind" (KORN),"Blue Monday", "Stitches", and "Fiction" (ORGY),and more recently "Crawl Back In" and "Let Down" (DEAD BY SUNRISE). After enjoying years of traditional music business success, they began steering their fans towards their new independent electro-industrial rock project JULIEN-K — which sounds at home with acts like DEPECHE MODE, NINE INCH NAILS, NEW ORDER, MINISTRY, IAMX, MARILYN MANSON, STABBING WESTWARD, KILLING JOKE, as well as any act ORGY would have paired with. 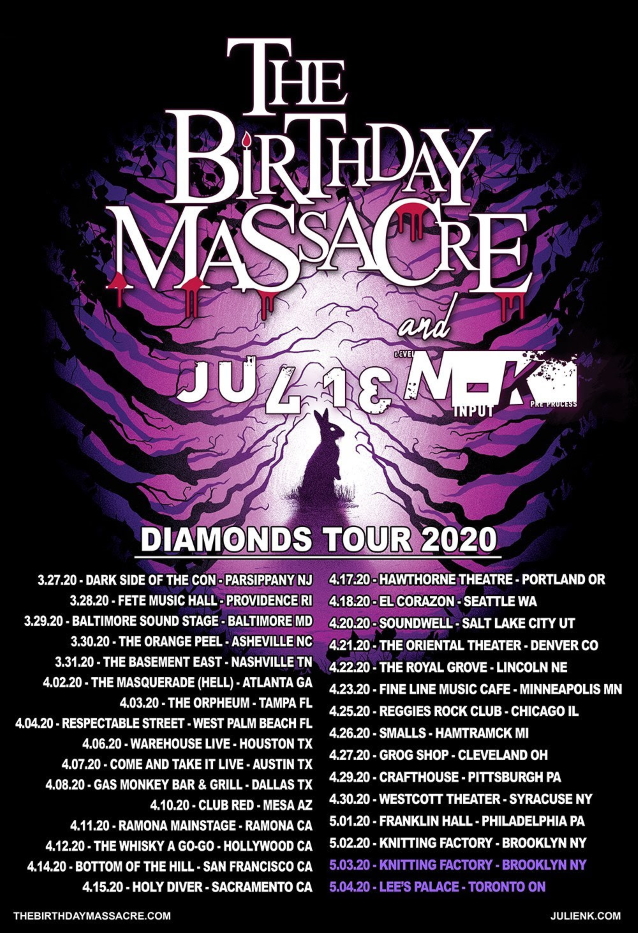