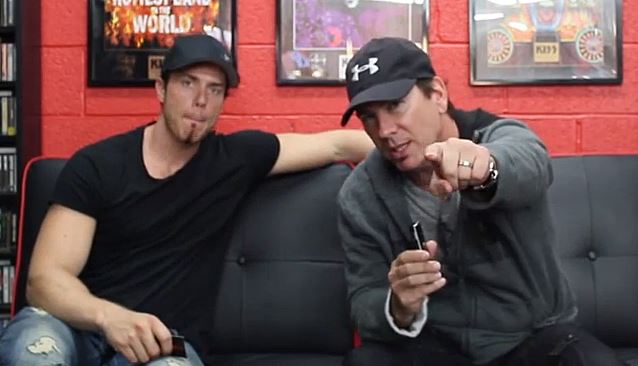 KAMELOT's YOUNGBLOOD, KAREVIK Interviewed By THE AGE OF METAL (Video)

Guitarist Thomas Youngblood and singer Tommy Karevik of American / German / Swedish symphonic metallers KAMELOT were interviewed by The Age Of Metal prior to the band's September 22 performance at Club Red in Tempe, Arizona. You can now watch the chat below.

In a 2012 interview with Loudwire, Youngblood stated about what Karevik brings to the band: "I think when we knew we had to bring in a new person on vocals, we wanted the opportunity to grow the band, not just to maintain the band or survive. We wanted to look at this as an opportunity to make the band bigger, [and] I think with Tommy we can do that. Not only is he an exceptional singer, he's a great songwriter and he's way ahead of what I thought he would be in terms of being a frontman. People who come out to shows will see that this guy is a force to be reckoned with. I can't imagine a better choice, honestly. In the beginning, when this whole thing started, we were a little unsure of what the future might be, but now we're really excited about it." 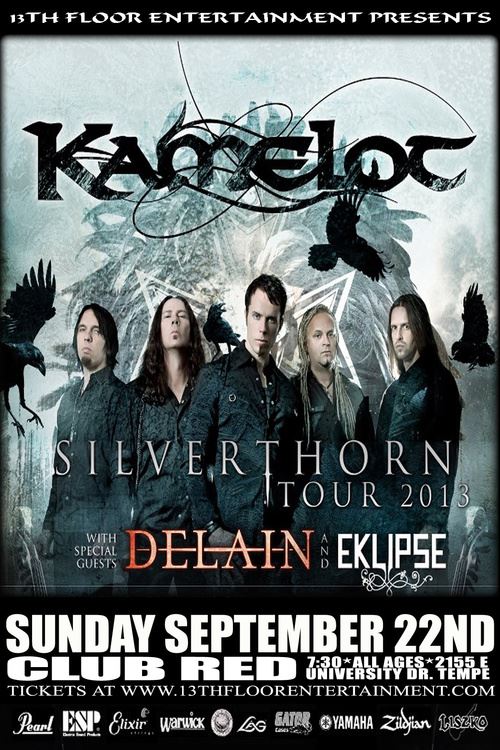