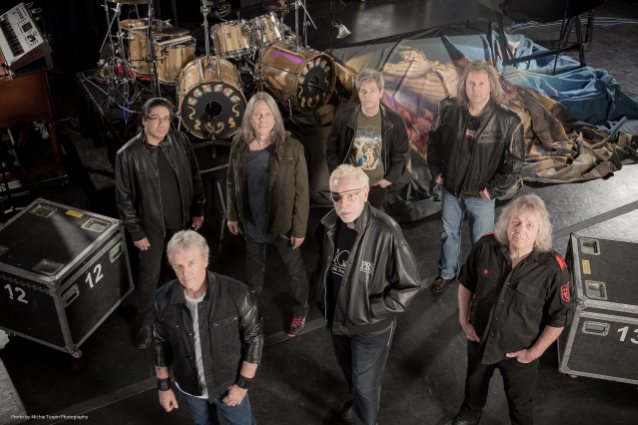 KANSAS Cancels European Tour Due To 'Safety And Security' Concerns

Classic rock band KANSAS has scrapped its entire 22-concert European tour this summer. The group explained in a statement: "The cancelation is based on safety and security warnings issued by the United States government and various U.S. law enforcement agencies concerning Americans traveling in Europe this summer. KANSAS is extremely saddened that the band will not be able to perform for its European fans this year."

KANSAS's current lineup includes two of the original members — guitarist Richard Williams and drummer Phil Ehart — who played with the band during its most popular period in the 1970s.

Steve Walsh, the voice behind KANSAS's signature hits like "Carry On Wayward Son" and "Dust In The Wind" — and the singer who had fronted the band for all but a few years of its four-decade-plus existence, retired in 2014.

"The Prelude Implicit", the band's most recent album, which was released last September, marked KANSAS's biggest-selling week in the SoundScan era, and the highest-charting release since "Power" (1986).

KANSAS has a catalog of 15 studio and five live albums, including eight gold albums and three sextuple-platinum albums. The band has also scored two one-million-selling singles in the aforementioned "Carry On Wayward Son" and "Dust In The Wind".