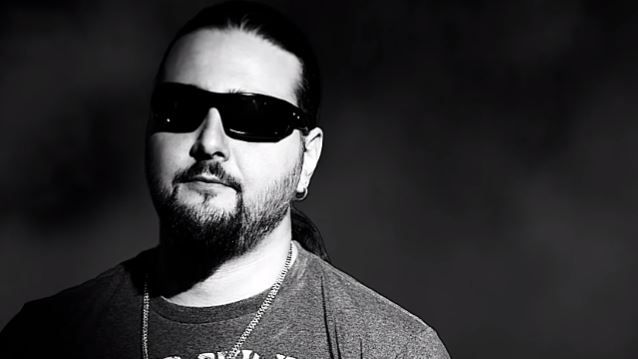 Montreal-based death metallers KATAKLYSM will release new album, "Of Ghosts And Gods", on July 31 via Nuclear Blast. The cover artwork for the follow-up to "Waiting For The End To Come" was created by up-and-coming dark and macabre artist Art By Surtsey and can be seen below.

A short video previewing music from "Of Ghosts And Gods" and detailing KATAKLYSM's plan to release a video clip for every track on the CD can be seen below.