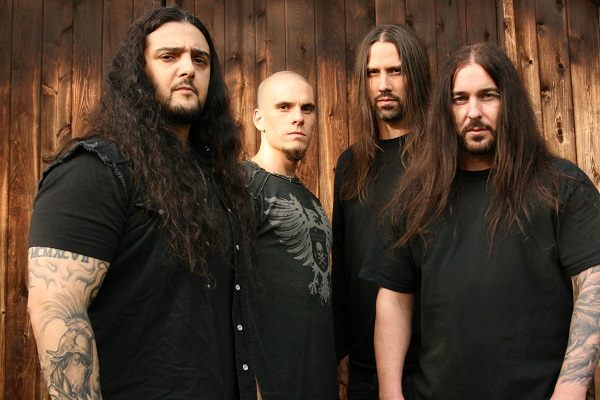 KATAKLYSM To Release 'Of Ghosts And Gods' Album In July

Montreal-based death metallers KATAKLYSM will release new album, "Of Ghosts And Gods", on July 31 via Nuclear Blast. The cover artwork for the follow-up to "Waiting For The End To Come" will be unveiled on March 23.

Guitarist Jean-François "JF" Dagenais will track drums, guitars and bass for the album, while vocals were recorded by producer Mark Lewis (WHITECHAPEL, DEVILDRIVER, CANNIBAL CORPSE). The effort will be mixed and mastered in the U.K. by British producer Andy Sneap (MEGADETH, TESTAMENT, EXODUS, AMON AMARTH).

KATAKLYSM had one of the busiest year in its entire career supporting "Waiting For The End To Come". The band launched a successful run in Australia and Japan a year ago and made its way to many other countries, including some first-time stops in places like Brazil and South Africa, among others.