Crash Music, Inc. has announced the signing of the Pacific Beach, California rock band KICKING K8 to a multi-album record deal. The group's debut album will be released on March 24, 2009. Check out the first single, "Score", at this location.

What started out as a jam band around Pacific Beach in late 2005 has turned into one of the most sought-after live acts to come out of San Diego in some time. The received national radio airplay and were interviewed on top modern rock stations, such as San Diego's Rock 105.3, WJJO, 90FM, K-BEAR, KOMP, KUPD, and Rebel Radio. They also made appearances on numerous radio fests, including repeat appearances at WJJO's Band Camp, where they will perform again next year. They have been included on the last three Jägermeister Music Tours, playing shows alongside the likes of DISTURBED, STONE SOUR, STAIND, THREE DAYS GRACE, and more. The band has played 160 shows in 10 states, with no label support. 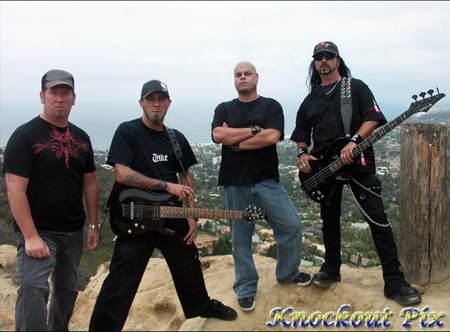