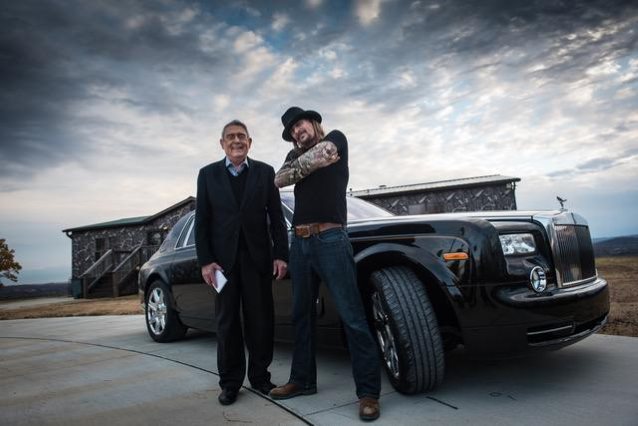 KID ROCK Discusses His Early Career, Debuts New Song On 'The Big Interview With Dan Rather'

AXS TV presents an exclusive look at the season five premiere of the network's original series "The Big Interview With Dan Rather", as genre-defying fan-favorite Kid Rock sits down for a candid conversation with Dan Rather. The all-new episode airs on Tuesday, February 14 at 8 p.m. ET / 5 p.m. PT. During the hour-long episode, Rock talks about his deep love for hip-hop and his spiritual beliefs, explains why he lives in a customized double-wide or "trouble-wide" as Rock calls it, debuts a brand new song, and much more.

Rock ruminates on his teen years in Michigan, DJ-ing at parties in rough neighborhoods — a unique experience that had a major impact on his personal and profession life. He explains: "It was rebellious, and fun, and great, and I was learning a lot that I didn't even realize at the time. I was just doing what I loved, I really didn't know any better… There was dangerous stuff going on. There was a lot of drug dealing, there was guns, there would be a lot of fights in these parties… It still was a hell of an education… everything that I had soaking in taught me how to be a more worldly person in a lot of ways, just to be able to see a lot of different sides of things and be able to judge people, judge cultures, judge things, and be a little more open-minded about it."

Opening up about the role music played in getting him through some difficult times, Rock reveals: "Several times in my life when I've been very down, very hurt, I've always gone back to my first love: music. It's always worked out pretty well. And it's another cliché that I believe wholeheartedly, when you're in a terrible space or your heart hurts, for whatever reason you write good songs, as terrible as that is… I found this to be true."