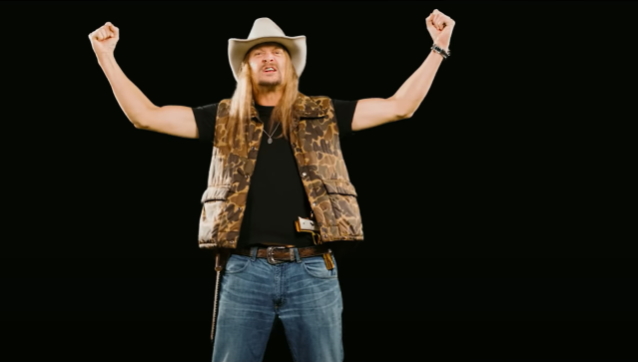 Kid Rock has released the official music video for his new single "Never Quit". The track is taken from his latest album, "Bad Reputation", which came out in March.

"We the people in all we do reserve the right to scream, 'Fuck you!" Kid shouts in the song. "Wear your mask. Take your pills. Now a whole generation is mentally ill," he adds.

Elsewhere in the song, he raps: "COVID's near. It's coming to town. We gotta act quick, shut our borders down. Joe Biden does, the media embraces. Big Don does it, and they call him racist.

In a Facebook video announcing the three tracks in January, Kid Rock described "We The People" as a "hard rock-rap tune."