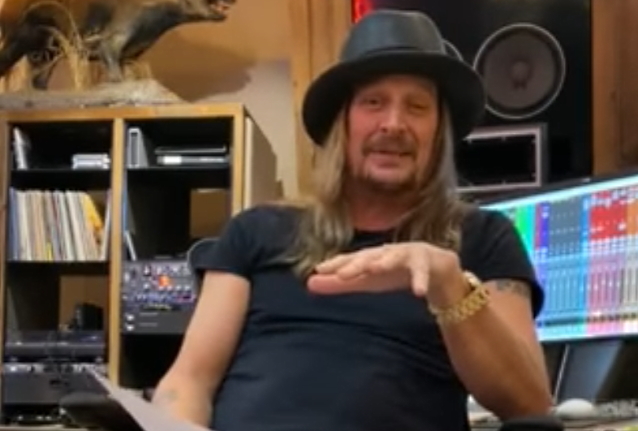 Kid Rock has threatened to cancel concerts on his upcoming tour if venues require fans to show proof of vaccine or potentially have other COVID-19 safety protocols in place.

In a Facebook video, Kid Rock assured fans that he and his team did extensive research and are confident that they hadn't booked a gig at a venue with a hard vaccine mandate.

"If there are any venues — I'm not aware of any — they're gonna be gone by the time we get to your city," he said. "If they're not, you don't have to worry, you'll be getting your money back — because I won't be showing up either. If you think I'm going to sit out there and sing 'Don't Tell Me How To Live' and 'We The People' while people are holding up their fucking vaccine cards and wearing masks — that shit ain't happening."

Kid Rock did not clarify whether he would play shows at venues where a negative COVID-19 test is required. However, according to Rolling Stone, several arenas where he is booked to perform — including PNC Bank Arts Center in Holmdel, New Jersey, and the Xfinity Center in Mansfield, Massachusetts — require proof of vaccine or a negative COVID test from within 72 hours.

Kid Rock's U.S. tour with FOREIGNER and GRAND FUNK RAILROAD will kick off on April 6 at the Ford Center in Evansville, Indiana, making stops across the U.S. in Nashville, Boston, Chicago, and more before wrapping up with two shows in Detroit. JASON BONHAM'S LED ZEPPELIN EVENING will appear on select dates on the 24-city "Bad Reputation Tour", with a special appearance by Trey Lewis at all shows.

Earlier this week, Kid Rock released three new songs: "We The People", "The Last Dance" and "Rockin'". The most controversial track of the three, "We The People" features the chorus of "Let's go, Brandon," conservative code for "Fuck Joe Biden" (born when a NASCAR reporter misheard a crowd, reporting that they chanted in support of racer Brandon Brown when they were actually chanting expletives toward the U.S. president),and also takes aim at the mainstream media, CNN, TMZ, Twitter and Facebook, as well as mask mandates and COVID-19 restrictions.

For tour info go to https://kidrock.com

To hear the new music go to https://smarturl.it/KR-NewMusic