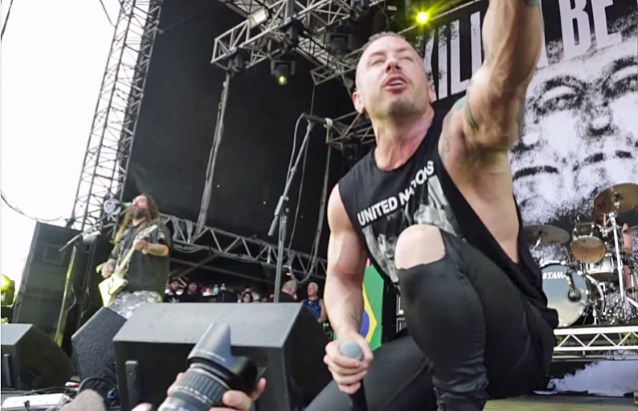 Dave "Higgo" Higgins, formerly of Australia's long-running rock station Triple M, conducted an interview with KILLER BE KILLED, the new band comprised of Max Cavalera (SOULFLY, ex-SEPULTURA),Greg Puciato (THE DILLINGER ESCAPE PLAN) and Troy Sanders (MASTODON) during this year's Soundwave festival. You can now listen to the chat in the YouTube clip below.

Drummer Dave Elitch (ex-THE MARS VOLTA) played on KILLER BE KILLED's debut album but was unable to perform with the band at Soundwave due to scheduling conflicts with his other group, ANTEMASQUE. Filling in for him was CONVERGE drummer Ben Koller.