KILLSWITCH ENGAGE has announced a streaming event set for Friday, August 6 at 7 p.m. ET. The entire performance will be available on demand for 48 hours after the original airing. Get tickets here.

"I am pleased we were able to finally pull this together," says singer Jesse Leach. "I hope everyone who watches enjoys this as much as we did making it. Aside from the music, the laughter and funny moments were an equal part of the experience. The whole package really feels like a KILLSWITCH experience and we're stoked for everyone to see and hear it."

Special and event-exclusive merch will also be available, along with a VIP package with a virtual meet and greet.

Last summer, three singles from KILLSWITCH ENGAGE reached new sales milestones in the U.S. "My Curse" was certified platinum by the RIAA (Recording Industry Association Of America) on September 10 for accumulating a million certified units. That same day, "The End Of Heartache" and KILLSWITCH's cover of the DIO classic "Holy Diver" were both certified gold for accumulating half a million units.

KILLSWITCH ENGAGE recently celebrated two decades as a band with a comprehensive and in-depth 20-year timeline that documented so many of the band's memorable career milestones and storied history with plenty of captivating images. The clickable, scroll-through timeline boasts flyers from early shows, live shots from festival appearances, and fan tattoos. It also traces major tours, video shoots, album releases, Grammy nominations, lineup changes, and beyond. The timeline functions as a digital museum that effectively tells the complete KILLSWITCH ENGAGE story. The timeline was created specifically for KILLSWITCH ENGAGE fans to enjoy and to reminisce. 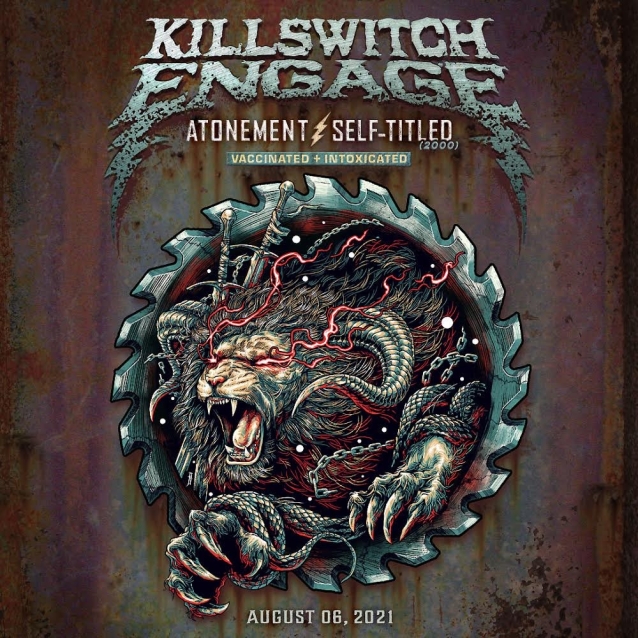