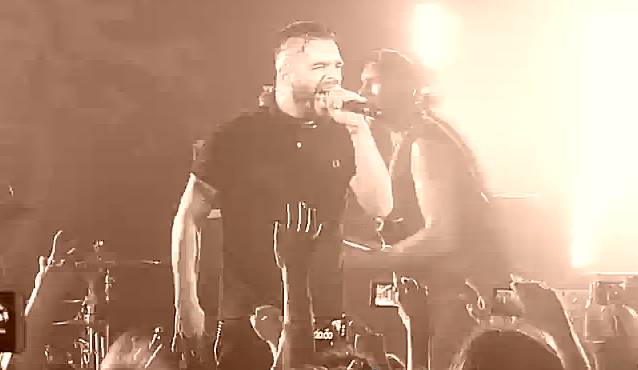 NI Rocks has uploaded video footage of KILLSWITCH ENGAGE's January 30 performance in Belfast, Ireland. Check it out below.

KILLSWITCH ENGAGE was nominated for a "Best Metal Performance" Grammy this year for its song "In Due Time", the lead single from last year's critically acclaimed "Disarm The Descent" album, which marked the return of original singer Jesse Leach after a decade-long absence.

This was the band's second Grammy nomination. The title track from 2004's gold-selling "The End Of Heartache" was nominated for a Grammy in the same category in 2005.

Of the nomination, Leach said, "All of us in KILLSWITCH ENGAGE are pleased to be nominated for a Grammy! We are also honored to share this nomination with such great bands.

"Huge thanks to everyone that has supported us and to all the hard-working people who help make this band what it is — we can't do this without you!

"It is refreshing to see metal being noticed by the Grammys and we hope in the future it receives even more exposure and recognition."

2013 was an incredible year for KILLSWITCH ENGAGE. Upon the April release of "Disarm The Descent", the band maintained a near-constant presence on the road, embarking on a highly successful headline tour in the summer and returning to the road last fall to enjoy a co-headline trek with LAMB OF GOD.

The band's latest single, the powerful and resonant "Always", is currently at radio, with the emotional video garnering plenty of attention for its heartfelt and moving portrayal of a relationship in crisis between two siblings. 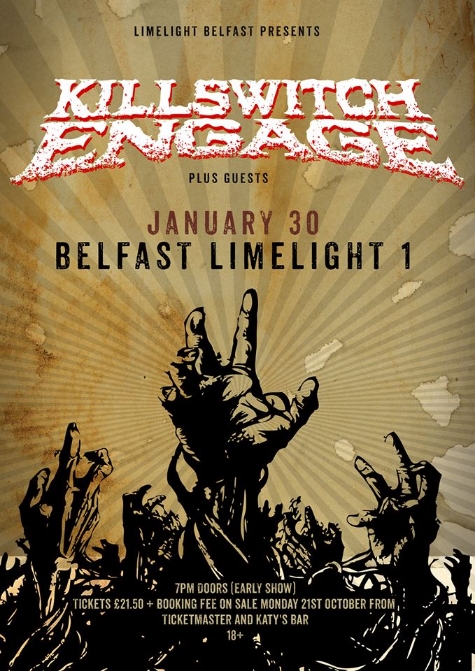