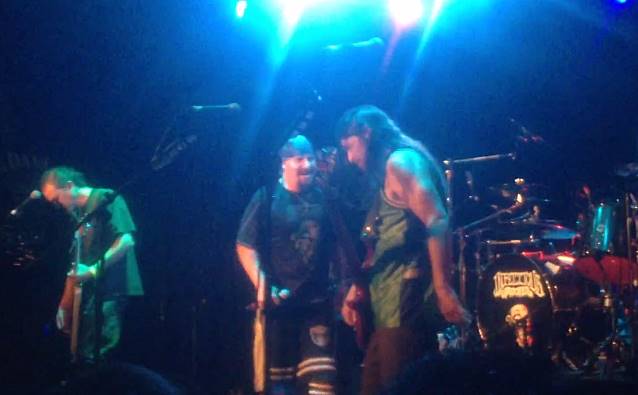 Fan-filmed video footage of the "Punk It Up" performance from last night's show can be seen below.

Trujillo last year told Billboard.com about the possibility of more INFECTIOUS GROOVES live performances in the future: "It always seemed like we had a strong fan base on the West Coast, and the other spot where the band was ridiculously popular, believe it or not, was in France. I always think of it like this; if there's a demand, we'll find a way to do it. And it seems like at least the band is going to be rehearsed and ready to go. So as long as it doesn't take away from METALLICA or anyone else's other priority bands, anything's possible."

Regarding INFECTIOUS GROOVES' appearance at Orion Music + More, METALLICA frontman James Hetfield told Billboard.com: "Even just having SUICIDAL [in 2012], seeing those guys, (Trujillo) and Mike Muir together again, they're quite an intimidating team to me. When SUICIDAL toured with us a ways back, there's no way I would've thought that bass player was going to be in our band one day 'cause he looked like such a part of that band. So I'm extremely grateful he's in our band." 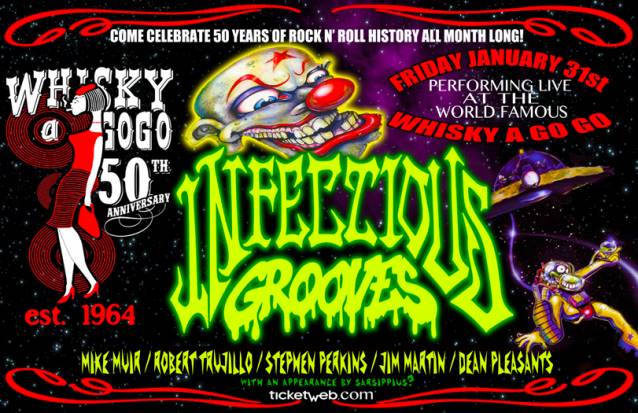