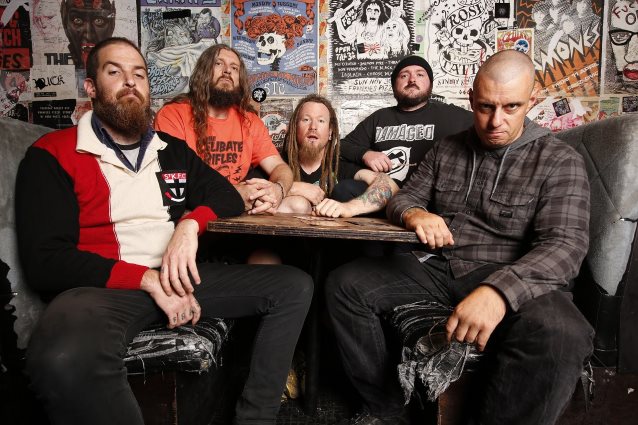 "Disgrace Yourself", a brand new song from Australia's thrash/grind maestros KING PARROT, can be streamed below. The track is taken from the band's third studio album, "Ugly Produce", which will be released on September 22 via Agonia Records in Europe, Housecore Records in North America and Rocket/EVP in Australia.

This latest installment from KING PARROT exceeds the wildest expectations for an acerbic and unapologetic slab of thrash metal. Fierce lyrics, spiked with grindcore intensity, and dusted with shades of hardcore-infested punk attitude, the album sets the bar higher than its predecessor, "Dead Set", from 2015.

"Ugly Produce" offers ten tracks of distinctively punishing and powerful anthems, veined deeply in the extreme underground sound. After recording the previous album in the U.S., 2017 saw the band head back home to where it all began — recording their third full-length album with BLOOD DUSTER's Jason PC at the enigmatic Goatsound Studios. The mastering was done by Brad Boatwright at Audiosiege Studio (SLEEP, HIGH ON FIRE, NAILS) in the U.S., while the cover artwork was created by Boyd Synnott and Simon Robins for GraphOrlock.

Commented by KING PARROT: "'Ugly Produce' reaches new heights in abrasive song-writing and serves up an odious pile of repulsive flavors you wouldn’t want to find on your local fruit and vegetable shelves. A repugnant harvest of gnarled and nasty grind, death metal, thrash, and punk rock and it's more caustic than ever". 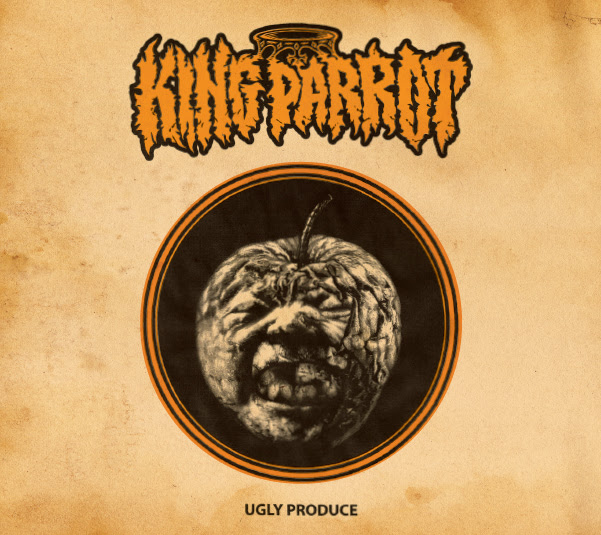