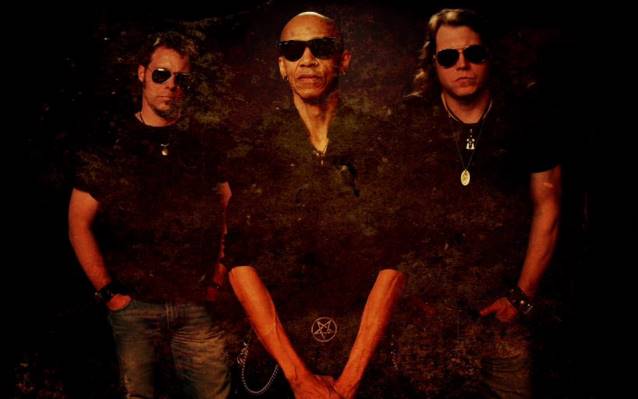 "Grinder Blues" is like a shot of adrenaline to the heart of the genre. Its 10 original, high-voltage songs sizzle with daredevil virtuosity and rock with unrestrained energy, blasting a sound minted in the urban canyons of Chicago and the swamps of rural Louisiana during the 1950s into the present thanks to rumbling guitars, freight train rhythms and Pinnick's virtuoso licks and elegantly gritty rock 'n' soul voice.

"The idea for the music was to stay away from the clichés and rock out," Doug explains. "If we felt like we were heading into any songs that seemed like standard blues lyrically or musically, we made it a point to veer in the opposite direction."

"Doug was particularly enthusiastic about moving into the blues; it's a whole new direction for him," says Scot, who, like his brother Jabo, is a longstanding fan of Doug's work.

"A heavy, twisted take on the blues is something we all felt Doug was born to do. He's the most soulful vocalist, a blues singer, really," adds Jabo. "Even with KING'S X and his other projects, it's always Doug's soulful, thundering vocals that push the music over the top."

Produced by Miles Fulwider and Barry Mork, with mixing by Miles, Barry and Doug, "Grinder Blues" was written collaboratively by the band. Pinnick aimed to keep the music "simple and fun," while exploring new directions. The lyrics are traditional, an homage to the old blues heroes who came before them. Recorded almost entirely in a drop-C tuning, the band "wanted the sound to be unique and heavy, like nothing anyone had ever heard in the blues vein," says Jabo.

"The whole production angle we took was to push some boundaries sonically and musically that one associates with 'the blues' or 'rock n' roll,'" says Fulwider. "We set out to pull and push typical blues 'axioms' to see what we could come up with on the other side."