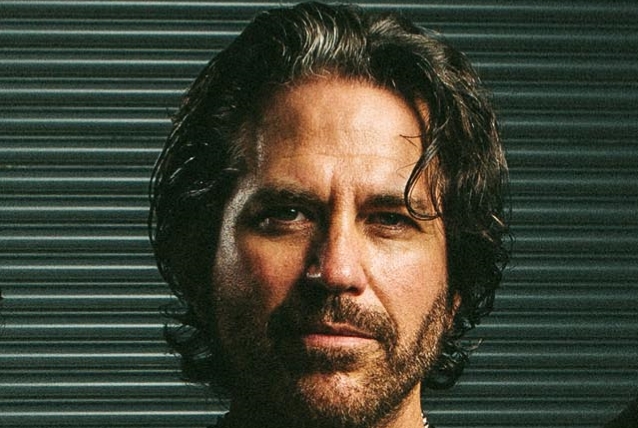 Grammy Award-nominated classical composer and rock icon Kip Winger (WINGER, ALICE COOPER, ALAN PARSONS),in his theatrical composing debut, and acclaimed writer/director Damien Gray ("Atomic The Musical", "Animagique", "Steps In Time", "Biohazard" and "Sing On Tour") will release tahe concept album of their new musical thriller, "Get Jack", on Friday, July 19. Pre-order will be available on Friday, June 21 on iTunes and will instantly unlock the "Get Jack" track. Pre-orders are also eligible to win the "Get Jack" electric guitar, as well as a special bonus track for WINGER fans. Details at www.getjack.com with proof of pre-order purchase. The album will be available digitally and in a limited number of CDs.

The "Get Jack" concept album, featuring an all-star cast of singers and musicians, takes the listener on a symphonic journey through one of the most murderously debated, debunked, and devoured tales of all time: Jack The Ripper. Here, the story gets "ripped" to guitar shreds as the musical focuses on the five female victims of Jack The Ripper rising from the dead to track down their bastard killer and take their glorious revenge. Brought to spine-tingling life with music by genre-defying rock icon Kip Winger, "Get Jack" combines Winger's mastery of classical compositions and rock glory in one bloodtastic musical. Through the dark streets of the Whitechapel Slum, headlong into the mind of a serial killer, acclaimed and innovative book writer, lyricist and director Damien Gray gives voice to the vindicated victims.

The stage production has received three successful concert presentations in New York City and will be produced by Anita Waxman and Alexis Productions and directed by Olivier Award winner and Tony Award nominee Kelly Devine ("Rock Of Ages", "Come From Away", "Rocky"). General managers for the stage production will be Live Wire theatrical management — Robert Ahrens/Chris Aniello.