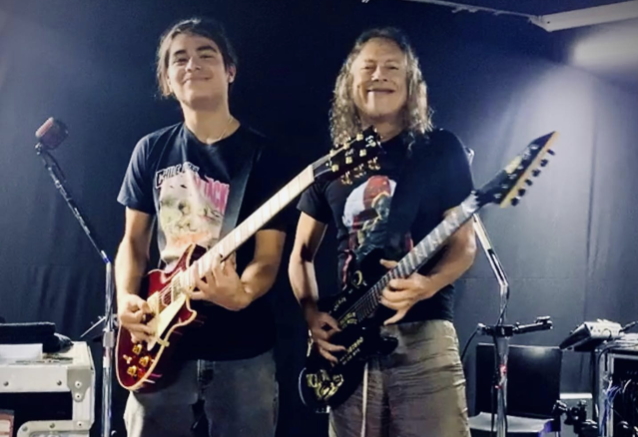 "Very proud of my little bro Tye Trujillo who pulled off the lead to Master of Puppets for the Netflix show Stranger Things - and he's not a guitar player but a bass player just like his pop !!!" Kirk wrote on Instagram. "Impressive !!!!!"

Apparently as a result of the renewed attention "Master Of Puppets" has received thanks to being featured in Netflix's hit original series, the song is currently sitting at position No. 12 on Spotify's Top 50 Global chart.