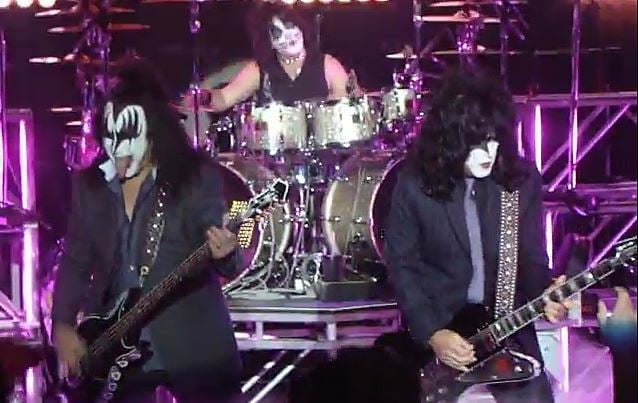 The members of KISS performed two concerts wearing suits — reminiscent of their "Dressed To Kill" album cover — aboard the fourth annual Kiss Kruise this past weekend. Fan-filmed video footage of the second show can be seen below.

Kiss Kruise IV onboard the Norwegian Pearl, which embarked on October 31, included a Halloween pre-party on the ship on October 30. During the sailing, theme nights included "Kiss Around The World", "Dress As Your Favorite Kiss Song", "I Was There" and "Dressed To Kill".

KISS has teamed up with Maverick Helicopters to kick off its first-ever residency with an over-the-top helicopter arrival at Hard Rock on November 5. At 6:30 p.m., members of KISS will fly over Las Vegas in true rocker style and land at their temporary home, Hard Rock Hotel & Casino Las Vegas. Following their grand entrance, the group will pose for photos in front of Maverick Helicopters with Hard Rock Hotel & Casino's vice president of entertainment Chas Smith and AEG Live Las Vegas' vice president of booking Bobby Reynolds. In addition, the band will be joined by their "Roadie For A Week" winners Master Sergeant Jason Borkuis of Nellis Air Force Base, Sergeant First Class Cory DeMille of the U.S. Army Reserve and Technical Sergeant Richard Reichert of Nellis Air Force Base.

Each night, the group will perform a mind-blowing show featuring a setlist created exclusively for The Joint. In partnership with AEG Live, the chart-topping band will unleash its signature elaborate set designs, jam-packed set list, intense pyrotechnics and much more for nine of the biggest shows in KISS performance history.

Known for their extensive work with active military members and veterans, KISS has partnered with Nellis Air Force Base to pick three local, highly-decorated heroes to become a "Roadie For A Week." Borkuis, DeMille and Reichert were hand-selected by the band and chosen to represent the armed forces community. Each roadie will work three shows alongside the KISS crew and VIP program.

To purchase tickets or for more information, visit the Hard Rock Hotel box office, www.axs.com or charge-by-phone at 1-888-9-AXS-TIX. VIP ticket and room and show packages are available at www.hardrockhotel.com. 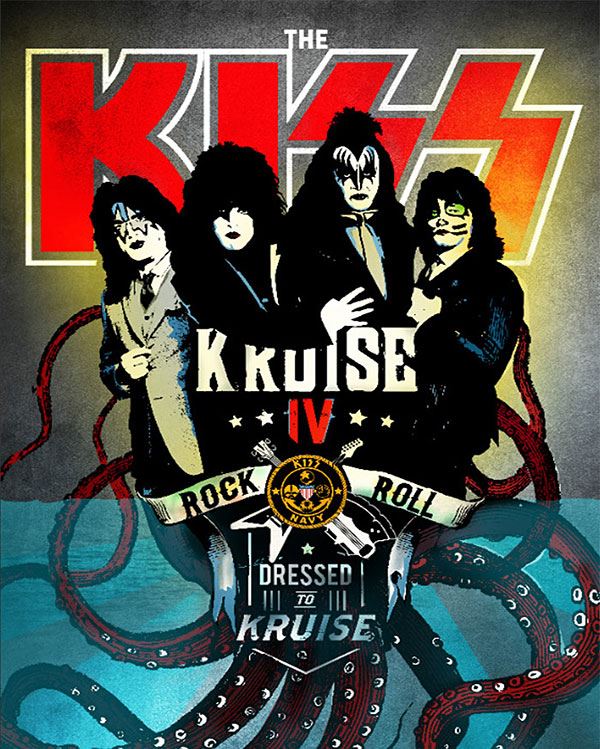