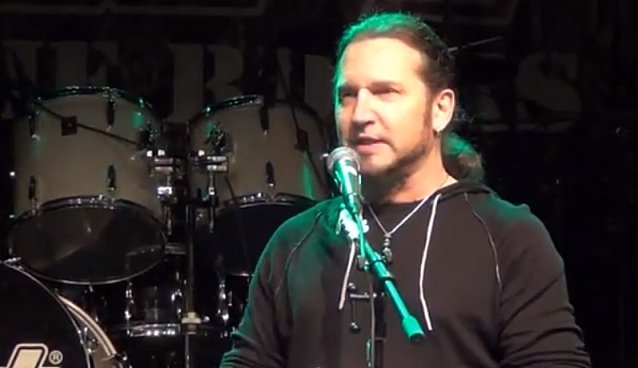 On August 6, Honduras rock journalist Alvaro Villatoro (a.k.a. Lemmy Simmons) of Hard & Heavy conducted an interview with KISS drummer Eric Singer. You can now listen to the chat using the SoundCloud widget below.

KISS unveiled its brand new stage show this on June 1 at the opening concert the European leg of their "Monster" world tour in Stockholm, Sweden.

"Monster", the 20th studio album from KISS, sold 56,000 copies in the United States in its first week of release to land at position No. 3 on The Billboard 200 chart.