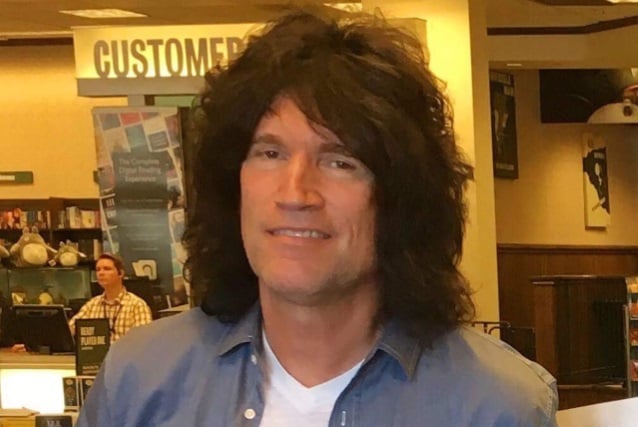 Oregon's Pacific University will award an honorary doctorate to longtime university Trustee Tommy Thayer, the lead guitarist for legendary rock band KISS, at the university's spring undergraduate commencement ceremony on Saturday, May 19 at Hanson Stadium on the Forest Grove Campus.

Thayer, who grew up in Beaverton and graduated from Sunset High School in 1978, has served on Pacific's Board of Trustees since 2005. He has helped the university generate more than $3.5 million for its NCAA Division III intercollegiate athletics program, primarily through a highly successful celebrity fundraiser Legends, which ran from 2007 to 2016. In 2016, the 10th anniversary Legends event launched the creation of the Tommy Thayer Endowments for Music and Athletics, benefiting students in both programs at Pacific.

Last spring, the Pacific University Board of Trustees approved awarding Thayer a doctorate of humane letters degree for his philanthropic leadership efforts that have directly helped thousands of Pacific student-athletes.

Prior to receiving his degree during the ceremony, Thayer will give the keynote address to the class of 2018 consisting of approximately 350 bachelor's degree candidates.

In a 2017 interview with The Aquarian Weekly, Thayer was asked how he deals with the fact that a small segment of the band's fanbase can't accept him performing in the "Spaceman" makeup and attire, even though he has been working with KISS for decades and been the group's lead guitarist for nearly 15 years. "It really doesn't bother me," he responded. "You can't be fooled by a handful people that go on web sites and complain. Some people complain about everything, really, not just who's the guitar player. In that context, it doesn't really mean anything to me. If anything, I chuckle and smile when I hear things like that. It really has nothing to do with what's happening in reality. Put it this way: KISS continues to go out and play big shows and be the phenomenon that it is. I give more merit to that fact, than what a few oddballs say online. I don't really care."

Asked what has been his most difficult experience as a member of KISS, Thayer said: "It's never been difficult. It was a challenge coming into the band and fill the shoes of somebody that was that popular to begin with and played such an important role in the band. A lot of eyes were on me. There's really never the perfect scenario; it's kind of like damned if you do and damned if you don't. You should be more original; you should play it more like the other guy. Then the moment you cop the parts or the style of the previous guy, people start to say, 'Oh, he's just a copycat.' With some people, you just can't win. The counter to that is that 99 percent of the people enjoy it and they let you know that. The guys in the band have been nothing but positive and supportive from day one. That's never a question. Sometimes it's a challenge to deal with people's multiple points of view, but it doesn't make a difference. You just go out there and kick some ass."