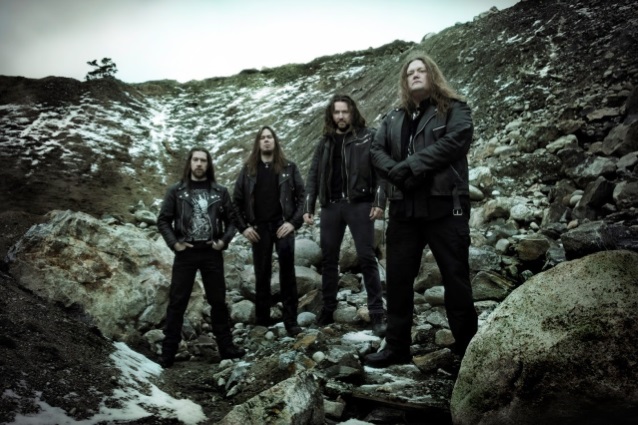 Swedish death metal veterans UNLEASHED have inked a deal with Napalm Records. The band is preparing to enter the studio to begin recording the follow-up to 2015's "Dawn Of The Nine" album.

Says UNLEASHED founder Johnny Hedlund: "Warriors! UNLEASHED are proud to announce that we have signed a new recording deal with Napalm Records! Our 13th album is scheduled for recording in Chrome studios, in May 2018. We are very much looking forward to this new cooperation on our journey into the band's 30th anniversary (in 2019). Hail Odin!"

UNLEASHED's 12th full-length album, "Dawn Of The Nine", was released in April 2015 via Nuclear Blast. The follow-up to 2012's "Odalheim" was once again produced by the band's guitarist, Fredrik Folkare, at his Chrome Studios in Stockholm.