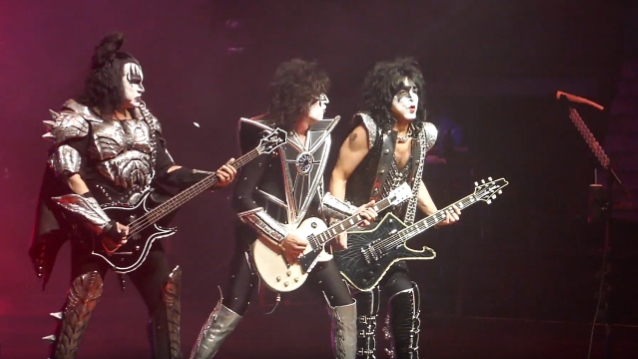 KISS kicked off its "End Of The Road" farewell tour Thursday night (January 31) at the Rogers Arena in Vancouver, British Columbia, Canada.

Check out photos from the Vancouver Sun.

KISS frontman Paul Stanley recently said about the "End Of The Road" tour and stage production: "People say is this bittersweet? No. If the tour is anything like this stage, it's totally sweet. We always try to raise the bar — that's just for us — but when other bands would see us, they would feel they had to up their game. Let me tell you something: everybody better start working out, because we're upping the game that much more. This is absolutely mind-bogglingly good. It's totally KISS. And I'll be looking for you on the 'End Of The Road' tour."

KISS guitarist Tommy Thayer told Australia's Hysteria Magazine that the group's farewell tour will be "the biggest" one the band has ever done "in terms of production." It will be "a whole new thing for KISS," the guitarist said. "It's just gonna be the bombastic show KISS has always been famed for."

The first North American leg of "End Of The Road" will hit an additional 42 cities.

"One thing for sure is that this is the last tour," Stanley told Billboard. "What goes beyond that is really hard to say. The tour may go three years, but once we play your city, it is done. That is our big thank you."

The lineup features the current version of the band — Stanley, Thayer, Gene Simmons and Eric Singer. But Stanley has hinted that former members like Ace Frehley and Peter Criss could make appearances. 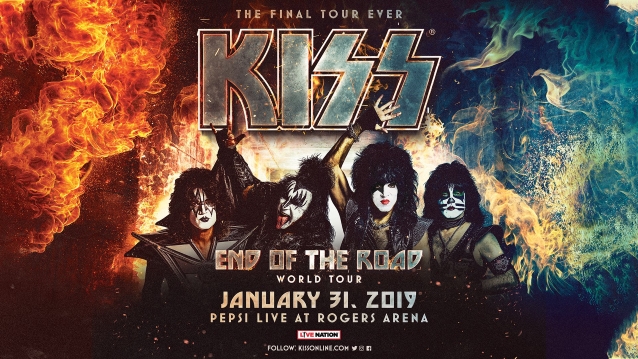