"Kiss Kruise X", which was scheduled to take place October 30 - November 4, 2020 aboard Norwegian Pearl, has been officially postponed to October 2021.

KISS frontman Paul Stanley announced the postponement in a video message earlier today. He said: "Hey, everybody. I hope you're staying safe and I hope you're staying sane. I have to regrettably tell you that this year's 'Kiss Kruise' is being postponed until next year. We kind of saw this coming, but we were hoping things would change, but they haven't. Even if we wanted to do a 'Kiss Kruise' this year, it would probably be canceled because there are so many restrictions being put in place that you wouldn't get the cruise you wanted anyway. So 'Kiss Kruise X' will be 'Kiss Kruise X' again. And we will see you next year. Hold on to your tickets. The ship is sold out. You don't wanna lose your place."

"Kiss Kruise X" was slated to set sail for from Miami to Harvest Caye, Belize and Roatan, Honduras. Joining KISS on the ship were QUEENSRŸCHE, RATT and Chris Jericho's band FOZZY. 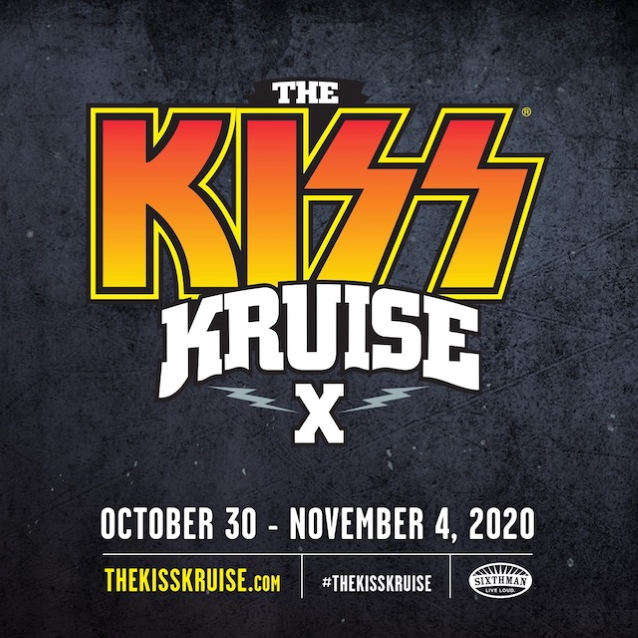