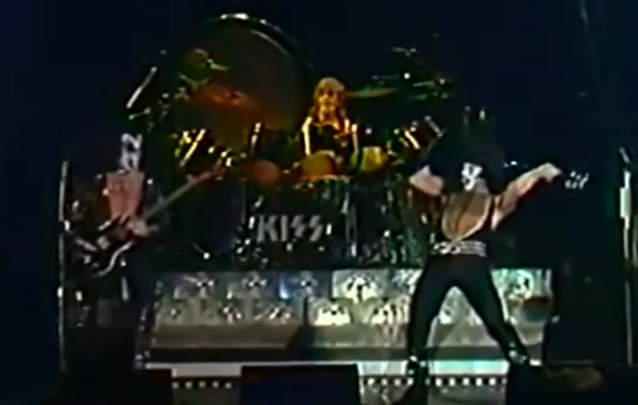 On September 9, rock icons KISS will release the next installment of their popular "Off The Soundboard" official live bootleg series with "Off The Soundboard: Live In Des Moines 1977", recorded during the "Alive II" tour at Veteran's Memorial Auditorium in Des Moines, Iowa on November 29, 1977.

This is the latest in a series of live releases by the band and will be available to stream and download, with a 17-song two-LP standard black vinyl set, single CD, and a limited-edition two-LP set pressed on 180-gram purple vinyl available exclusively through the official KISS online store. All configurations of "Off The Soundboard: Live In Des Moines 1977" are available to pre-order.

"Off The Soundboard: Live In Des Moines 1977" was recorded during the landmark and extravagantly-produced "KISS Alive II" tour, and the 17-song set features a raw and powerful performance of classic KISS concert staples such as "Let Me Go Rock 'N' Roll", which can be streamed below, "Love Gun", "Rock And Roll All Nite" (No. 12 Billboard),"Shout It Out Loud", and "Beth" (No. 7 Billboard chart hit and the 1977 People's Choice Award winner in the "Best Song" category) performed by the lineup of Paul Stanley, Gene Simmons, Ace Frehley and Peter Criss. "Off The Soundboard: Live In Des Moines 1977" captures a monumental moment in KISStory and is a celebration of the legendary band giving rock 'n' roll fans the ultimate live KISS experience.

KISS is globally recognized as one of the greatest live bands of all time and is the creator of what are universally considered two of the best live albums ever, 1975's gold-certified and No. 9 Billboard-charting "Alive!" and 1977's double platinum-certified No. 7 Billboard-charting "Alive II". The "Off The Soundboard" series continues their storied legacy of groundbreaking live albums with a document of the spectacular, larger-than-life extravaganza that is a KISS concert.

Known for their trademark performances, KISS has proven for decades why they are hands down the most iconic live show in rock and roll. The Rock And Roll Hall Of Famers have sold more than 100 million albums worldwide and are America's No. 1 gold-record-award-winning rock group of all time. Peerless as a live act, the band's illustrious legacy has been marked by record breaking global tours during a remarkable 49-year career.

"Off The Soundboard: Live In Des Moines 1977" track listing: 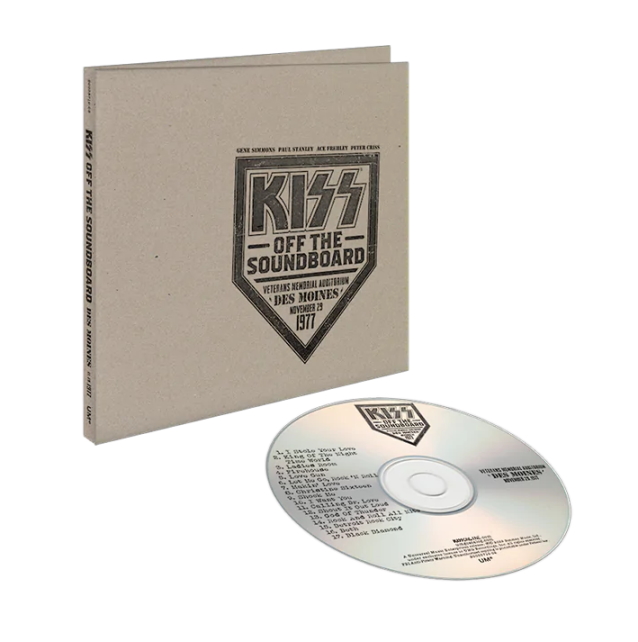 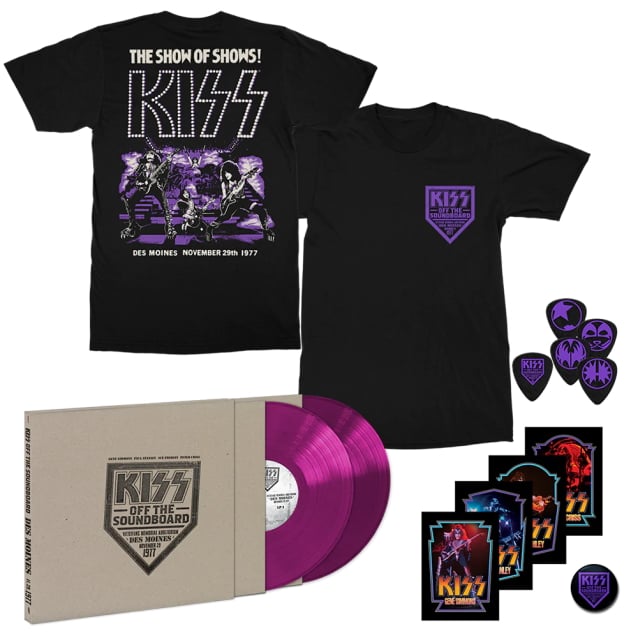