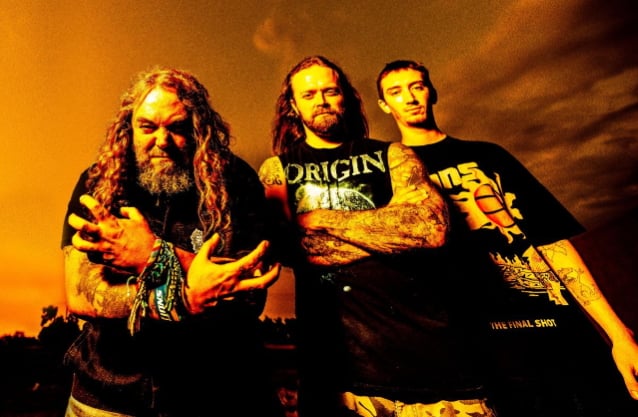 The Costin Chioreanu-created animated music video for the SOULFLY song "Filth Upon Filth" can be seen below. The track is taken from the band's twelfth album, "Totem", which will be released on August 5 via Nuclear Blast. The follow-up to 2018's "Ritual" was recorded at Platinum Underground in Mesa, Arizona by John Aquilino and Arthur Rizk with assistance from John Powers. Produced by mainman Max Cavalera alongside Arthur Rizk (KREATOR, MUNICIPAL WASTE, CODE ORANGE),the LP boasts guest appearances from John Powers (ETERNAL CHAMPION),Chris Ulsh (POWER TRIP),and John Tardy (OBITUARY). Rizk was also responsible for playing lead guitar on the record. The artwork for the album was created by James Bousema.

Max comments: "'Filth Upon Filth' was the first track unleashed to the Tribe last year. Costin has created an amazing, savage rendition of the song! This is a song made by a headbanger for headbangers!"

"Filth Upon Filth" is the follow-up to SOULFLY's previous single, "Scouring The Vile", which was made available last month. Max told The Bogcast about that track: "We lost so many good people [to] cancer. I remember when I was writing the record, L.G. [Petrov] from ENTOMBED passed away, and Chuck [Schuldiner] from DEATH [died 20 years ago], and also family members that succumbed to cancer. And so I was, like, 'I wanna write a song against cancer' — a 'fuck you, cancer'-type letter, like a letter to cancer: 'Fuck you. You're not gonna bring all of us down. We're gonna fight you.' That's one of the heaviest songs on the record."

Regarding the other lyrical themes covered on "Totem", Max said: "The [first single] 'Superstition' was inspired by Superstition Mountains. I ended up doing a lot of reading about it and the whole Lost Dutchman. A lot of people died there. It's a really mysterious, mystic place, so I kind of made the lyrics kind of connected to that, which was pretty cool. In the actual chorus, it says, 'Superstition is harder than stone.' I'm referring to the mountain itself. That's a hard mountain. It's been there forever and probably will be there till the end of times.

"So a lot of the record was inspired by, I guess you'd call it the worshipping of nature, almost as a god. A lot of natives have that belief — that nature is like a god that you worship. So I think that became the kind of focus point for the record. There's definitely songs that deal with different topics on it. Also there's one that's kind of a little bit about society in general, and it's called 'Filth Upon Filth'. It's very, very 'Reign In Blood' influenced; I was listening to a lot of 'Reign In Blood' when I wrote that song. The tempo of it is a very killer SLAYER kind of groove. There is one song called 'The Damage Done'. It's about all the deforestation. I was reading a lot about the Amazon, how they're just raping and pillaging and destroying and that's like the lungs of the world. It's kind of up to us at least to talk about some of these topics, so I think it was kind of cool to give it a shot." 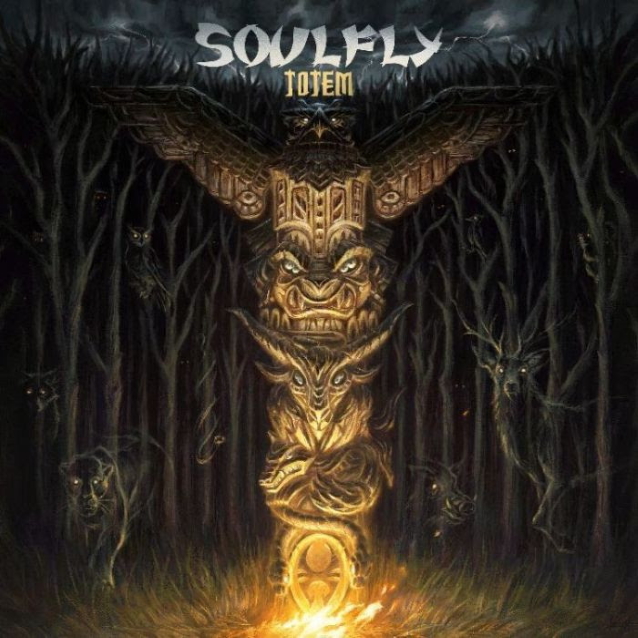