Female singer Leeni-Maria Hovila, who is a member of the Finnish symphonic fantasy/folk metal band KIVIMETSÄN DRUIDI, has issued the following statement regarding her involvement with the group EXSECRATUS:

"Leeni-Maria Hovila, vocalist since October 2006, has left the band EXSECRATUS due to personal reasons. She is going to cover some upcoming EXSECRATUS gigs as well as the next album 'Beloved Serpent'. Leeni-Maria will continue with symphonic fantasy/folk metal band KIVIMETSÄN DRUIDI as well as with other future projects."

KIVIMETSÄN DRUIDI has set "Shadowheart" as the title of its new album, due in October via Century Media Records.

A song from the CD entitled "Verivala" ("Bloodoath" in English) is available for streaming on the band's MySpace page.

In September and October 2008, KIVIMETSÄN DRUIDI will tour Finland with BATTLELORE, followed by a European release show on November 1 at Ultima Ratio festival in Oberhausen, Germany plus a massive European tour in November/December with KORPIKLAANI, BATTLELORE and FALCHION. 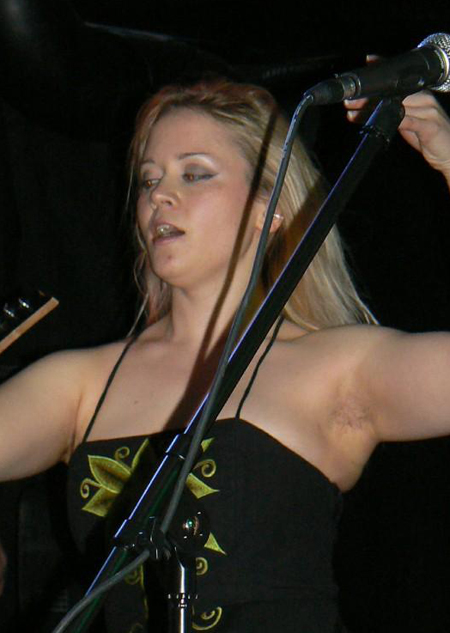