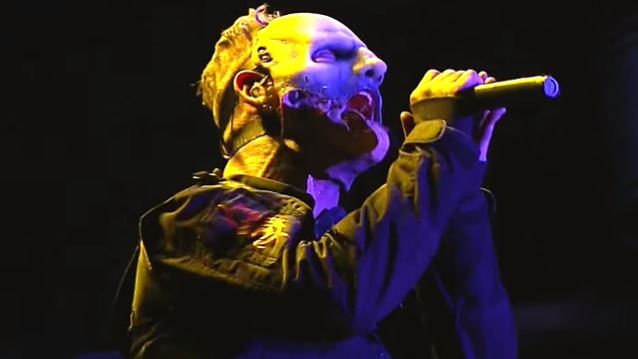 Knotfest returns to the San Manuel Amphitheater & Campgrounds in San Bernardino, California this fall, with an unprecedented lineup of metal and heavy music titans, spread out over three nights.

The SLIPKNOT-curated event, now in its third year (and second as a Southern California weekend destination festival),attracted over 50,000 fans in 2014, and looks to top that in 2015 with over fifty of the heaviest bands in the world, playing on four stages on Friday, October 23 (pre-party),Saturday, October 24 and Sunday, October 25.

"Knotfest returns to Southern California for round two and with legends like JUDAS PRIEST headlining night one and a lineup of some of the greatest acts in metal and heavy music, we couldn't be more excited," says SLIPKNOT's M. Shawn Crahan (a.k.a. Clown).

Knotfest co-founder and 5B Artist Management president Cory Brennan adds: "We knew we had to build upon the monumental success of last year's festival and we believe we've done just that with this epic lineup of bands."

Rich Best, Live Nation's executive vice president of booking, agrees, saying, "Metal fans are in for a weekend they will never forget."

In addition to an unrivaled lineup of some of the best bands in the world, Knotfest is as always a sensory overload experience — and Knotfest 2015 will only up the ante. Previous years have featured festival attractions, a Slipknot Museum (curated by the band),carnival rides, drums circles, pillars of fire, freaks, fire-breathers, and stilt-walkers…. and as always, for the members of SLIPKNOT, the mission is to push the limits even further this time around.

Knotfest two-day tickets will go on sale at 10 a.m. PST on Monday, June 29 at Knotfest.com. Limited quantities of Early Bird Discounted 2-day festival tickets, as well as VIP and Camping (RV and dry camping directly adjacent to the venue, is available for Oct. 23-Oct. 26) packages are also available while supplies last.

To view all ticket options for Knotfest, visit Knotfest.com.

Doors will open at 12:00 p.m. each day, with music starting soon after doors. 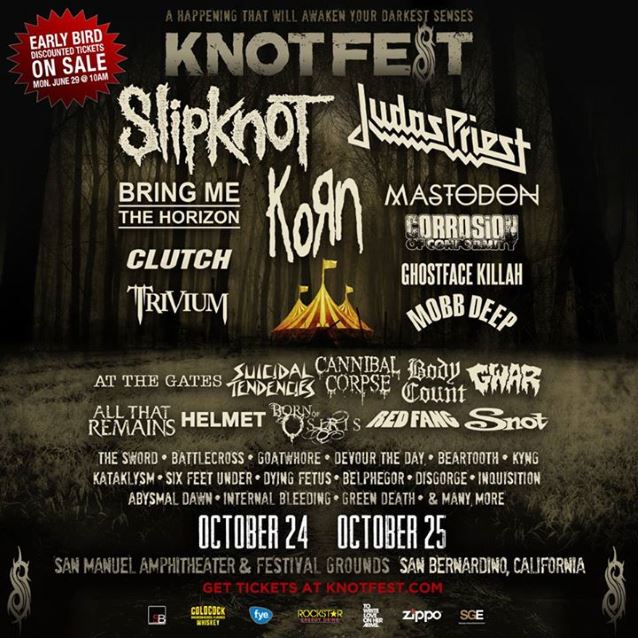